By CLARISSA CHUNG and VENESA DEVI 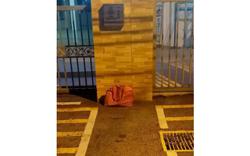 Tiong Chin Ping, 54, (front, right) enjoying a meal out with her family on Mother's Day. With her are her husband Ting Sing Lin, 55, (back, right), her daughter Ting Hee Yean, 26 (back left) and her daughter's boyfriend Mok Wey Shern, 29 (front left). NORAFIFI EHSAN /The Star

The MCO has not stopped Malaysians from showing their appreciation to their mothers on Mothers Day yesterday.

Global commodity manager S. Satheswarn, 45, said his family celebrated the occasion with a cake, flowers and a barbecue dinner at his house in Tampoi.

“My mother lives about 10 minutes away from my house.

“When she dropped by for a visit the night before Mothers Day, I decided to do something simple yet special for her.

“We organised a barbecue and had a cake,” he said adding that his wife and two children were present.

He bought carnations for his wife and mother to show his appreciation to the two special women in his life.

“My wife and I have been married for 11 years and I bought 11 carnations for her with each flower representing every wonderful year we have had together,” Satheswarn said.

Associate research coordinator Doris Lim, 25, who works in Singapore, said that not being able to go home this Mothers Day had not stopped her from expressing gratitude to her mother.

“My cousin and I decided to send some virtual flowers to the mothers in our family.

“We drew the flowers and sent them in our family group chat,” she said.

She said her other family members made the necessary preparations to celebrate Mothers Day back home in Pontian.

“My sister ordered a blueberry flavoured cake, which is my grandmother’s favourite, while my sister-in-law ordered sushi and bouquets of carnation for my mother and grandmother,” she said, adding that she had not seen her mother since the MCO started.

For housewife Tiong Chin Ping and her family in Kuala Lumpur, it was the first time they had stepped out of their house to dine out.

“Usually, we celebrate Mothers Day in a simple way by going out and eating a meal together as a family.

“This year, we are doing the same, but we have to be cautious and maintain social distancing because the most important thing is safety,” said Tiong, who was at a sushi restaurant.

Tiong, 54, admitted that dining out under the new norm took some getting used to.

“But the fact that my family can be together at this time, we are all happy for that,” she said.

Pharmacist Diveyah Dimple, 25, was seen at a shopping mall buying a cake to celebrate with her mother at home.

“My sisters and I are also cooking a meal for our mother,” she said.

Syairah Zaharul, 25, said she and her family prepared a special meal for her mother at home, and bought her a bouquet of flowers and a gift.

Normally, Syairah would take her mother out for Mothers Day to try out fun activities.

“She loves craft work, so there was one year we got her to do an art workshop,” she said.

Syairah added that they would also take her out for lunch or tea.

She initially had planned to take her mother out for a scenery painting workshop as a bonding session with her.

However, she felt that the MCO had given them the opportunity to enjoy each other’s company even more.

Nurul Ashikin Ahmad Zubir, who operates a flower and gift shop, said: “Sales have increased by about 30% compared to previous years, maybe because most people are at home and they aren’t able to celebrate outside so everyone would like to arrange for a surprise for their mother.”

Since she could not open her shop due to the MCO, she said her house had become the main place for her to prepare the gifts and flower bouquets.

“My husband and children have been roped in to help,” said the 35-year-old.

She added that she did not sleep a wink the night before to prepare the gifts. 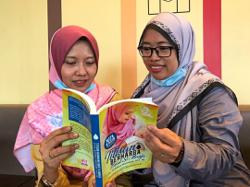