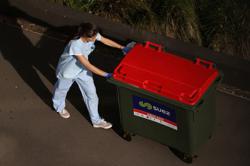 PETALING JAYA: There have been 147 people who have ran away from quarantine centres here, says Datuk Dr Noor Hisham Abdullah.

The Health director-general said most of them were from the construction sector.

"All of these people have been tested negative, but they are still required to be quarantined for 14 days," he said during his daily briefing on Wednesday (May 6).

It was reported that seven foreigners ran away from a quarantine centre housed in an educational institution in Kuala Lumpur.

The foreigners’ disappearance was noticed around 10am on Monday (May 4), after the doctors in charge made their rounds examining patients under quarantine.

It is believed that those who ran away were Indonesians and Bangladeshis who were living with those suspected of having tested positive for Covid-19 at Selangor Mansion, Menara City One and Kampung Baru.

Dr Noor Hisham added that the ministry has lodged a police report, and that police are taking action against those who ran away.

He also explained that there was no problem with its standard operating procedure (SOP) in light of those running away.

"This is not a problem with SOP. If we look at the first wave, we had Chinese nationals who also ran away from the quarantine centre.

"But what is sure is that these people are not positive, they are quarantined because they have been exposed to a positive case," he said.

In January, parents of a toddler from China tried to escape quarantine after their child was suspected to have been infected with Covid-19.

Earlier, Senior Minister Datuk Seri Ismail Sabri Yaakob had noted that the government would be looking into its SOP to determine how the foreigners escaped, and to prevent such incidents in the future.