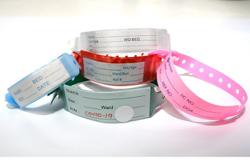 KOTA KINABALU: A group of Sabahans passionate about fashion came together to sew personal protection equipment (PPE) for medical frontliners of the Queen Elizabeth Hospital II (HQE II) over the past week.

The 11 of them received the materials from the hospital and then went home to sew.

Hardi Roman of Hardi Roman Malaysia said that seeing the frontliners from various departments, agencies and sectors putting their lives on the line to keep others safe was heartwarming.

"For us, we don't have anything but our skills, energy and time to offer for these heroes," he said.

He said that this inspired him and his friends to help sew PPE for them, knowing that these items are essentials and needed continuously for as long as the fight against Covid-19 is not over.

Hardi said they divided themselves into three teams - A, B, and C - of which he and two others comprising Liea Jamaliea from Niel Couture Design and Petrus Boyd Pensin of BorneoOlumis Collection were in Team B.

"We managed to complete 400 sets of the PPE in three to four days, and handed the items over to the Red Crescent Society of Penampang as they are in charge of sending the completed items to the hospital," he said.

The other two teams completed 500 sets and the items were handed over to HQE II on May 4.

Prior to this, Hardi and his friends also helped sew plastic headscarves for the frontliners.

"However, it wasn't in huge amounts," he said. 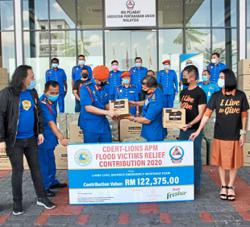