KUALA LUMPUR: It was a good day as eateries and stores at shopping complexes welcomed patrons again.

All entrances to the food court were cordoned off, except for the main entrance, where a staff member was found conducting temperature checks.

Customers had to write their names, MyKad number and contact details in a log book before they could enter to buy food.

A patron there, Hannah Lee, said it was good to be able to dine out after not having done so since March 18.

“However, as the Covid-19 virus is still a threat, I don’t think I will do this often, ” said the 34-year-old content creator.

She said she chose to go to an eatery where she could dine al fresco as she did not yet feel comfortable dining in a closed area.

“I don’t mind giving my contact details as I would want to be contacted if anyone who was at the same place as I was later tested positive for Covid-19.

“My only concern is people giving fake MyKad numbers or phone numbers, ” she said.

Jeffrey Foo, 60, who was having his lunch at the shopping mall, said it was a strange experience to be eating at the food court under such circumstances.

“It is not a normal situation. However, we have no choice; we just have to live with it.

“Everything will change, including our lifestyle, and we cannot think about going back to the old way, ” he said.

Department stores and many retail shops in the shopping mall were also open, though there were not as many patrons as at the eateries.

A retail assistant at a kitchenware store said only a few customers came in.

“It is good that we are able to open our doors. Though I do worry about our health, we have temperature checks and limit the number of people in the store, ” she said.

A sales assistant at an apparel store, however, said she had yet to see customers on the first day of the conditional MCO.

“There aren’t many customers at clothing stores, especially since they are not allowed to try out clothes.

“Personally, I don’t think it is a good time to open since we are still seeing triple digits in the number of new infections, ” she said. 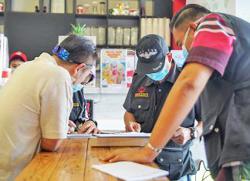 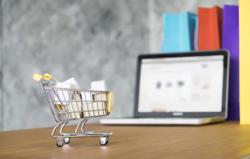