‘Why not traditional dances?’ 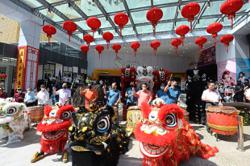 For fun: Former traditional dancer Akid (below) seen in a dance pose in his video that went viral (above).

PETALING JAYA: He was unsure about making the TikTok video and was blown away when his traditional Inang dance went viral.

Syahir Akif Shahrin said he made the video as he wanted to take part in the #InangChallenge by choreographer Khairul Mohtar.

“I was bored and did the challenge for fun. I was not confident sharing the video because I felt some of my movements were not graceful as it has been over three years since I last danced in high school.

“That was why when I uploaded the video, I had meant to delete it within 24 hours, as I wrote in the caption, ” he told mStar, the Bahasa Malaysia news portal of The Star.

The 21-year-old who preferred to be called Akid said he did not expect the video to garner a lot of views with many urging him not to delete it.

“It started with 1,000 views, then even more views after that. People wrote to say that they enjoyed watching traditional dances, ” he said.

In the 56-second video, Akid can be seen wearing a black shirt, kain pelikat and songkok while dancing.

Akid was a traditional dancer in high school, which he said explained his smooth yet graceful moves while dancing. “I joined the cultural club at school when I was 13. Our teachers, Cikgu Fiza and Cikgu Fahmi, formed a group named Rentak Zapana.

“Through this group, we represented our school in competitions at the district and state levels, ” said the former student of SMK Tengku Idris Shah, Kapar, Selangor.

Akid said he tried out traditional dancing as he became interested after watching other people dancing.

“Plus, people’s interest in these types of dances is waning. So I thought why not try to revive these dances.

“For me, there is nothing awkward or impossible about men joining traditional dances.

“The dance steps for men and women are different. For men, it is more sharp while for women, it is softer, ” said Akid, who now works in the private sector.

The Kapar-born said he did not expect his own video would prompt others to upload their own videos with the #InangChallenge tag.

“Many videos of modern dances have been shared on social media.

“So why not traditional dances?

“Not just Inang, but there are many beautiful traditional dances from the Malay, Sabah and Sarawak cultures.

“And who knows how many out there may have a hidden talent, ” he said. 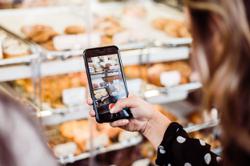