Woman to the rescue of pets abandoned during MCO 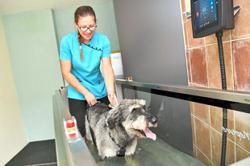 SIBU: The loss of income during the movement control order (MCO) period has resulted in pet owners abandoning their animals.

A member of the Sibu Animals Rescue Society Joyce Yong (pic) can attest to that.

“Since the MCO was enforced on March 18, I have either received or rescued about 200 dogs and cats.

“One probable reason why people abandoned them is either they have lost their job or have had their pay cut and in turn they are unable to feed their pets, ” she said.

Rescued animals are kept in her pet shop in Jalan Ling Kai Cheng and at her shelter for animals.

Almost on a daily basis, there is always someone “dumping” newborn kittens and puppies in front of her shop.

She is also saving dogs and cats dumped in the streets.

“Most of the animals have been without food. Some have been adopted, but I have many more and I am running out of space to house them. In my pet shop now, there are 40 dogs and 40 cats. The rest are in the shelter, ” she said.

Yong usually spends two to three hours every day feeding the animals, mostly at her own expense.

“In March alone, I bought about 40 bags of rice to feed them. Before the MCO, it was much easier to get food left over from several coffee shops in town, including stale bread from bakeries. But now, it is difficult to find food for them as most eateries close very early.

“It is a very challenging task, especially during this MCO period, as I have to dig deep into my own pocket to buy food for the dogs and cats, ” she said.

Yong has put up a donation box at her shop, hoping that members of the public will contribute financially or even donate in kind.

“I do receive bags of rice from animal lovers, ” she said.

Yong hoped that people would love their animals through the good and bad times and not abandon them when faced with financial constraints. 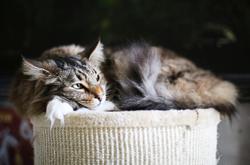