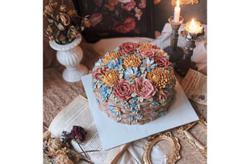 Human touch: Faeza hugging two residents at the Mesra Home in Ampang in a picture taken before the MCO started.

PETALING JAYA: Charities and welfare homes are starting to feel the emotional strain besides financial struggles after the movement control order (MCO) was extended another fortnight to May 12.

Faeza Ali, a nurse and co-founder of Pertubuhan Kebajikan Pusat Jagaan Sri Mesra (Mesra Home), a charity home in Ampang for elderly Muslim women, said the challenge was not limited to just finances.

“Donations are more sparse now, but with the MCO, what we can truly feel is the loneliness, ” she said, adding that they missed the human connections they used to have as visitors were no longer allowed.

She said they were unable to conduct fundraising and education events during the MCO, but added that the home of 20 elderly women still received donations, albeit less frequently.

“For Ramadan, we’re actually waiting for people to give zakat but we haven’t seen anything yet. People prefer to just give food, ” she said.

There are items like adult diapers that the charity has to buy as many people do not know they are needed daily, rather than the usual kitchen staples.

Faeza added that cash donations would help cover the rent and staff salaries.

“I know that we’re not a well-known charity, so people might not know what kind of donations we need. We’ve been here for six years now but without the funds, we don’t know what the future holds, ” she said.

James Perumal, supervisor of the Handicapped and Mentally Retarded Children Centre in Kuantan, expressed similar concerns for the residents at his centre during this period.

“Nowadays, we rarely get public donations. Luckily, we have some budget set aside this month for expenses like food and medical care, ” he said, adding that he hoped things would return to normal after May 12.

“Things are good so far but there are some limitations since the kids can’t visit their parents, so we have to provide them with extra love and care, ” he added.

Ti-Ratana Welfare Society founder Datuk K. Sri Dhammaratana said he was worried about the next one to two years following the Covid-19 pandemic.

“It’s not easy to go back to normal life after this.

“Mentally and physically, many aren’t prepared for the financial crisis that will befall the country, ” said Dhammaratana.

He also said the lack of public financial support it received was directly related to the lack of financial security the public was facing due to layoffs and pay cuts.

“We also talked to food manufacturers and food distributors to consider donating to our homes, and hopefully, companies providing essential services like TNB will consider a discounted rate for charities and welfare homes, ” he said.

He added that Ti-Ratana was doing its best keeping the residents in its homes safe and healthy, such as carrying on with physical exercises and getting them to complete their homework as well as teaching them some household chores to keep them occupied.

“We don’t allow residents from different blocks to mingle.

“We try to keep them busy but unfortunately, it’s been quite long since the start of the MCO, so the kids are getting restless.” 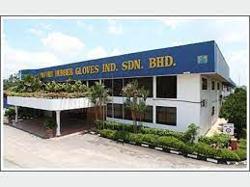 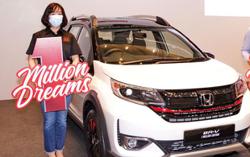