Calling for ‘table for one’

PETALING JAYA: With restaurants and coffee shops taking a hit during the movement control order (MCO), operators are calling on the government to allow them to resume business by seating one customer to one table -- to comply with social distancing.

“We are appealing to the government to allow us to make a change so that the impact on all food and beverage industry will be reduced.

“We advocate for ‘a table for one person” to dine or at the most for two in order to keep to the social distancing regulation.

“We have to change the pattern of doing business if we want to survive,” he said.

Ho said tens of thousands of

coffee shops had already been badly affected, while some had folded during the MCO.

He said that as much as operators understand the need for the MCO to be extended, they wanted the government to consider new ways which would allow them to reopen.

“We fully support the government’s move to extend the MCO to May 12 as the chain of the pandemic has to be broken otherwise it will cost the country a bomb,” he said.

He added that they would be writing in their suggestion to the government. The association claims to represent 20,000 Malaysian coffee shop owners.

Petaling Jaya Coffee Shop Association president Cheah Poo Kuang said the one table per customer rule was better than nothing for coffee shop operators, who were now barely surviving.

He said it could be modelled after countries that had successfully implemented the limited seating policy in order to curb the spread of Covid-19 such as China, Taiwan and South Korea.

“Many coffee shops in Petaling Jaya remained open and are forced to remain open despite our business dropping by about 70% because we still have to pay rent.

“Having the one diner per table rule would help us because currently, we can only sell food for takeaways and also have to operate for shorter hours,” said Cheah yesterday.

He said that having the one table per customer rule meant that it would be easy to ensure social distancing among their dine-in customers.

“We can study the model from China or Taiwan to see how they successfully implemented it. We will ensure that social distancing rules are followed at all times,” he said.

“We will follow what the government says on the matter.

“It is not really logical for nasi kandar restaurants to have only one customer per table.

“We reserve our comments on the proposal (by Ho) and would rather wait for directions and orders from the NSC,” said Jawahar when contacted.

Jawahar had said the present closing time of 8pm should be extended to cater to those who wanted to buy food for sahur (pre-dawn buka puasa meal). 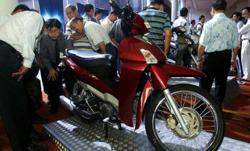