PETALING JAYA: Three ministries have entered into a tripartite collaboration to ensure that Malaysia gets the “first-mover advantage” to secure Covid-19 vaccines when they become available.

They are the Science, Technology and Innovation Ministry (Mosti), the Health Ministry (MOH) and the Foreign Ministry.

The joint effort to bolster Malaysia’s chances at securing the vaccine is important, given that there are only a few pre-clinical and clinical trials for the vaccine currently taking place in several countries, said Mosti minister Khairy Jamaluddin.

He said MOH and Mosti were tasked with identifying the countries that were developing Covid-19 vaccines and medication.

“This information will be shared with Wisma Putra, where diplomacy will be used to ensure that we are involved in human clinical trials and the production of vaccines, and also for us to receive the vaccines as soon as possible when they are ready, ” he said during a press conference with Foreign Minister Datuk Seri Hishammuddin Hussein here yesterday.

According to Khairy, his ministry is currently collaborating with the Chinese Embassy in Kuala Lumpur regarding the possibility of cooperation for Covid-19 vaccine clinical trials.

“A university in China has shown interest in becoming Mosti’s strategic partner in developing Covid-19 vaccines through clinical research.

“The clinical tests are expected to start at the end of April in Malaysia, ” Khairy added.

Meanwhile, Hishammuddin said several countries such as Bosnia, Turkey, India, Russia and Singapore, as well as some companies from China had expressed interest in collaborating with Malaysia.

According to Hishammuddin, the reason Bosnia agreed to supply hydroxychloroquine was because they were appreciative of Malaysia’s gesture of donating face masks to the country.

“Since our relations with Bosnia are very close, they have decided to give us priority for hydroxychloroquine.

“So, we don’t take anybody for granted, ” he added.

On another matter, Hishammuddin and British Foreign Secretary Dominic Raab discussed several issues, including education in the effort to tackle the impact of the Covid-19 pandemic.

Hishammuddin said the talk, conducted via telephone with Raab, who is carrying out the duties of the British Prime Minister, also touched on regional interests such as Asean and the Commonwealth.

“On behalf of Education Minister Dr Radzi Jidin, I informed the British minister about the postponement of Sijil Tinggi Persekolahan Malaysia (STPM), which is recognised as the United Kingdom Cambridge Assessment International Education (CAIE), to the first quarter of next year, ” Hishammuddin said on Facebook.

He also said that following the spread of Covid-19, schools in Malaysia may be closed longer and he hoped the change in dates for STPM would not jeopardise the opportunity of Malaysian students applying for places in higher education institutions there in 2021.

He said Raab also assured him that the 15,000 Malaysian students currently in the United Kingdom were being well taken care of. 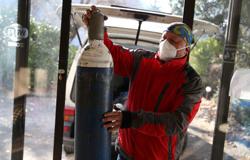