Khiu’s 90-minute course that was livestreamed on Facebook garnered 20,100 participants.

ON April 11 while the movement control order was in force, an online course on Business after the Pandemic: Restructuring was organised by Outstanding Entrepreneurs (OE)’s entrepreneurs inspirer Datuk Dr Calvin Khiu.

The course in Chinese received overwhelming response as it attracted 10,000 participants before the online broadcast began at 8pm. 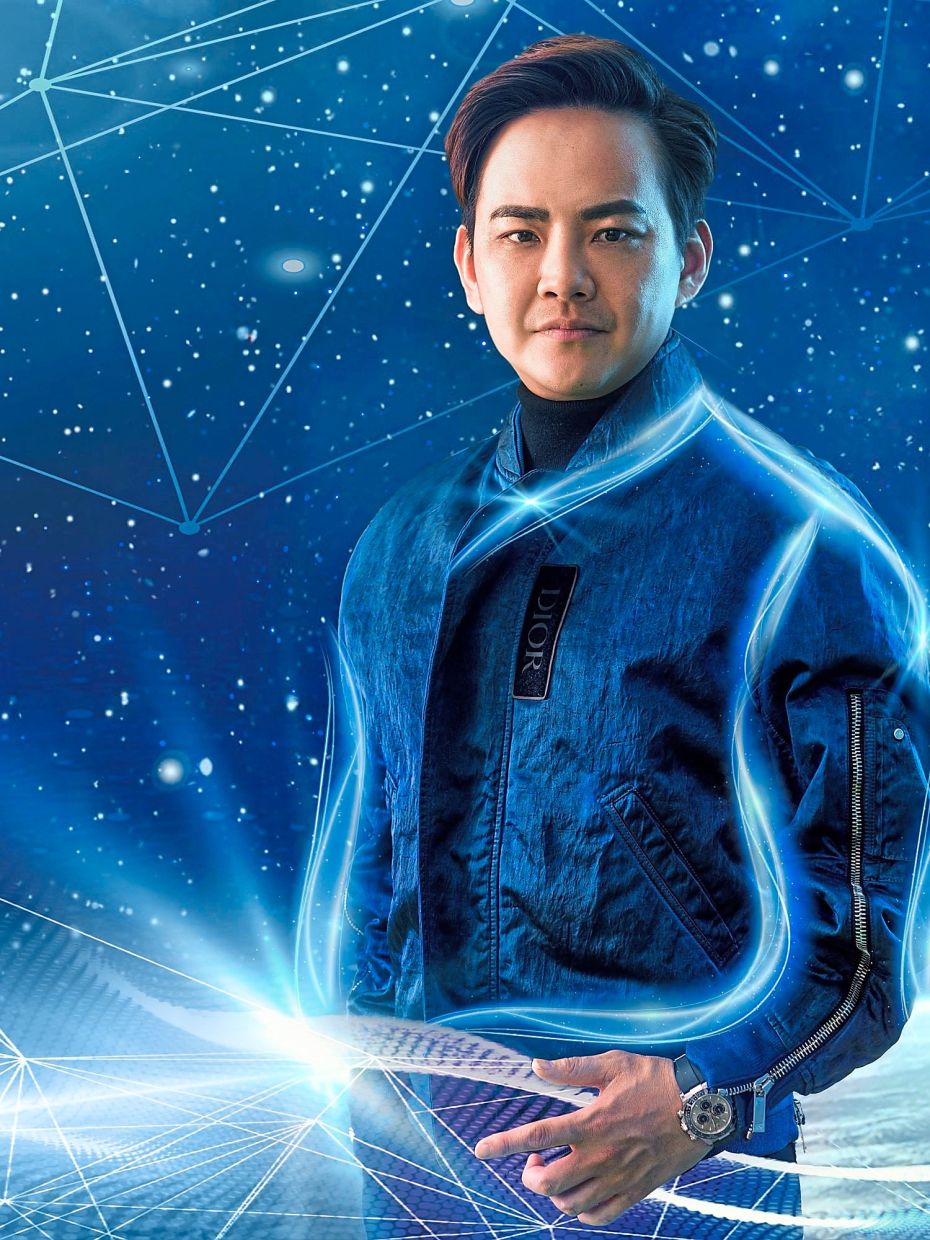 Without branding, consumers will be hesitant because they do not know anything about, and have no confidence in, your product, says Khiu.During the one hour and 30 minute-session, the number of participants peaked at 20,100 and set a new record for online learning among the Chinese education community.

Branding Association of Malaysia president Datuk Eric Chong who recorded a video in response to the course commented “amazed” when he first saw the participants of Khiu’s Facebook livestream course reaching 5,000.

The ultra-high traffic created by the live broadcast course can be verified with facts and numbers.

Displayed data shows that besides the 20,100 participants who were active for one hour and 30 minutes during the live broadcast, the total number of people who tuned in was 540,721.

The course shared that living habits, consumer behaviours and business models will all change because of the Covid-19 pandemic.

Small and medium enterprises (SMEs) must capture the megatrends of the century. They need to adjust their structure accordingly and immediately, while quickly building branding and cultural changes to face the new market and creating a new winning factor for survival. As almost all companies are unable to operate due to the MCO, SMEs are under tremendous pressure with fixed expenses but no income.

Khiu felt that many people will lose their direction and face uncertainty. They want to change and reform but do not know where to start. Khiu’s Facebook livestream feat earned him an entry in the Malaysia Book of Records.While Khiu was still personally operating MK Curtain, twice he experienced economic downturns and felt lost. It was during those dark times that he decided to share his experience and his “12 Avenues of Outstanding Entrepreneurship” with his students and fans. That was how his free live broadcast started.

“SMEs’ biggest pain right now is cash flow. Most of them can only last three months, some six months, as most businesses after earning profits will expand and open up branches or purchase properties for investment, ” he said.

“Once a problem occurs resulting in cash flow disruption, and the properties invested cannot be sold, it may be necessary to dispose of them at below market price.

“When Covid-19 was first reported in China, many rushed to buy goods and stocks. They did not expect that the same problem would happen in Malaysia or even to the world.

“Since the stocks could not be sold, it caused cash flow to be disrupted. The biggest pain a company can encounter is having no income but still needing to pay salary and rental. This could be best described as adding salt to the wound.”

The most urgent task is to restructure the business, said Khiu.

Many companies know they have to go online, but find that they lacked engagement and audiences on the digital sphere.

“The main reason for this is, previously they were just focusing on offline retail and not on branding. There wasn’t much awareness about their product or company.

“For example, if you sell food online without branding, consumers will worry about health and environmental issues. They dare not buy because they do not know anything about, and have no confidence in, your product.

“On the other hand, those with deep roots in branding like McDonald’s, KFC and Pizza Hut have enjoyed tremendous online sales because consumers will buy the brands that they believe in. This is the power of branding, ” he said.

Khiu elaborated: “For example, why is this live broadcast so popular? As a matter of fact, in these three years, Outstanding Entrepreneurs has never dared to ignore the impact of TikTok, Facebook and online platforms’ influence.

“Although we did not generate any profit online in the past, we continued to create influence, connect with our fans and create a sticky relationship with SMEs. When the pandemic came, OE was ready for online.”

There was a rich man in China who was known as one who “spends more than he earns”. He ventured into melatonin, made a memorable slogan and shaped an image that led him to bounce back from failure.

The other case was a social influencer on Weibo with over 10 million subscribers. He went through success and failure in his business but never compromised his integrity. As soon as he started his live broadcast, he became a money-attracting social influencer, which affirmed that his personal branding was solid.

“The two of them were in debt of more than ¥100mil yet they bounced back. If SMEs face debts of hundreds of thousands, even millions, do not be discouraged. Debts can be delayed but must be paid back. Maintain your credibility and there surely will be a chance to rise again, ” Khiu assured.

On the positive response to his own live broadcast, Khiu said: “I am touched. I was so happy that I barely slept. To be able to achieve a 20,000 live audience, I need to thank my students and fans for sharing it and encouraging more people to view the broadcast. The number was 20 times more than that of OE’s offline courses which means the era of offline to online has come and the possibilities are infinite.

“If it wasn’t for the MCO, OE might not have expanded online so quickly. As long as we are willing to take the first step, nothing is impossible. I would like to tell everyone: be daring and do it! Do whatever that comes into your mind, ” he concluded.

China's PP Sports to broadcast all Bundesliga matches next season