KUANTAN: The police have come to the aid of a Russian backpacker stranded in Temerloh, after pictures of the man asking for help was circulated on social media.

He was then taken to the Tanjung Lalang health clinic for a Covid-19 screening before being brought to the Temerloh district police headquarters for further action.

The Russian Embassy had been contacted, and police were working on sending the man to Kuala Lumpur so that he could return to his home country, said ACP Mohd Yusri.

Pictures of the Russian sitting outside a fast food restaurant with a cardboard sign reading,"I can't go home and have no money. I need a food" had been shared online on Wednesday (April 15).

ACP Mohd Yusri said the man had entered the country through the Malaysia-Thailand border at Bukit Kayu Hitam on March 17.

When the movement control order (MCO) was enforced, the man was in Kuantan and had tried to return to Russia, but his flight ticket was cancelled and he failed to contact his friends.

He was believed to have hitched a ride on a lorry heading towards Kuala Lumpur but he was dropped off in Temerloh. 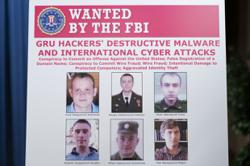