SIBU: A medical assistant and an Indonesian have been arrested for defying the movement control order (MCO).

The team was manning a roadblock at Jalan Kanowit-Durin.

An Indonesian, who is a worker of an oil palm plantation in Kanowit, was sitting in the front passenger seat.

"The medical assistant when asked to produce a travelling document instead showed one which was from the dentistry section of Jalan Lanang health clinic where he is working," DSP Tega said.

He said the travelling document was for the suspect to travel to his workplace from his home in Sungai Merah in Sibu, and not to Kanowit.

"He had failed to give a good reason why he was at the place and moreover today, is his off day. Due to this, he was detained," Supt Tega added.

He said the Indonesian, 25, had also failed to produce his personal and travel documents, an offence under Section 6(1)(c) of the Immigration Act 1959/63.

Supt Tega said both suspects were detained under Regulation 4 of the Prevention and Control of Infectious Diseases (Measures Within the Infected Local Areas) Regulations 2020. 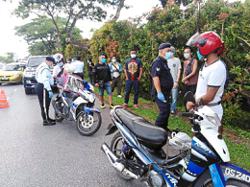 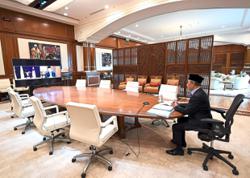 Muhyiddin back at the office