PETALING JAYA: A suspected online gambling syndicate is believed to have diversified their illegal activities, taking advantage of the Covid-19 scare by running a face mask scam.

Petaling Jaya OCPD Asst Comm Nik Ezanee Mohd Faisal said the syndicate had been operating the online gambling ring from an office in Dataran Cascade in Kota Damansara for about six months.

"A team from Commercial Crimes Investigation Department raided the place after receiving a report about a face mask scam," he said.

When police stormed into the premises around 3pm on Tuesday (April 7), they found four men, aged from 18 to 24, using the computers.

"The syndicate mainly caters to requests to top-up credits to be used for online gambling," he said, adding that the syndicate also tried to avoid detection of the authorities by using multiple bank accounts in their operations.

He said due to the pandemic, the syndicate was believed to have lured customers to buy face masks through social media.

ACP Nik Ezanee said it was the first face mask scam detected by them and that losses were estimated around RM2,500.

He said police arrested the suspects and seized laptops, desktop computers, mobile phones and router units, believed to be used in the operation.

"We are in the midst of investigating how many people have been duped and how much each mask is sold for," ACP Nik Ezanee said.

The case will be investigated under Section 420 of the Penal Code for cheating and Section 4 of the Common Gaming Houses Act for managing a common gaming venue.

Separately, police also arrested 11 people at another premise, believed to be running an online gambling ring in Jalan PJS3/4.

ACP Nik Ezanee said police raided the place at 9pm on Tuesday and found five men and three women, believed to be customers.

"We also arrested three foreign women, who are believed to be caretakers," he said.

Out of the eight customers, two were foreign nationals.

"We believe the premise has been operating for about a month," he said.

ACP Nik Ezanee said police were also tracking down two other illegal online gambling operations, which were trying to lure punters due to the people having to stay home as a result of the movement control order. 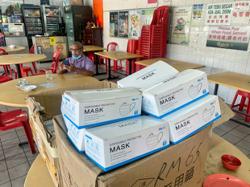 In Other Media 11m ago 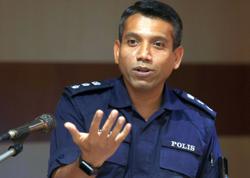 Drink-driving has to stop, says OCPD