Sandakan cops keeping round-the-clock watch on Tmn Harmoni PPR, but not quite enhanced MCO yet

A resident of the Taman Harmoni People’s Housing Project (PPR) in Sandakan looks on as police tighten movement in and out of the housing area that has recorded the highest number of Covid-19 cases in Sandakan.

KOTA KINABALU: Police have been keeping a round-the-clock watch on the movement of people going in and out of the Taman Harmoni People’s Housing Project (PPR) in Sandakan since Saturday (April 4).

Sandakan OCPD Asst Comm Mohd Azhar Hamin, however, said the area was not under an enhanced movement control order (MCO).

“We are just tightening the movement of the people going in and out because this housing area has the highest number of Covid-19 cases in Sandakan,” he said, adding this will go on until April 14.

He said anybody entering or leaving the area was questioned.

ACP Azhar said there are about 3,500 residents in Taman Harmoni and most would undergo Covid-19 screening.

Sabah has recorded a total of 225 Covid-19 positive cases as of Saturday (April 5), with 19 from Sandakan.

The number of deaths remains at one for Sabah, a victim from Tawau.

The state government on March 30 ordered all plantations and oil mills in six east coast districts to stop operations till April 14 in view of growing concerns over the spread of the virus. 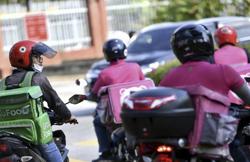