Dr Jerip said he was admitted to the hospital on Thursday (April 2) night after his test result came back positive.

He said he had been tested on Wednesday (April 1) after finding out that his maid had tested positive on Monday (March 30).

"I have no symptoms, no cough, fever or running nose, so I'm surprised that I'm positive.

"My last contact with my maid was on March 17. The movement control order came into effect on March 18, so she has not been to my house since then.

"It's just a very small window of exposure, still I was positive. Just imagine how contagious it can be," Dr Jerip said when contacted.

He said his maid could have contracted the virus through contact with the Good News Fellowship Church conference cluster.

"I'm all right and I feel well, but I will be quarantined at SGH's isolation ward for 14 days," he added.

Meanwhile, it is learnt that Deputy Chief Minister Datuk Amar Douglas Uggah is now in self-quarantine after coming into close contact with Dr Jerip at a recent meeting.

Uggah's press officer Edward Subeng said both he and Uggah were issued a 14-day quarantine notice from the Health Department.

Local Government and Housing Minister Datuk Seri Dr Sim Kui Hian is also isolating himself at home after attending a meeting on March 27 where one of the participants was later diagnosed as Covid-19 positive.

"Though I am well (no cough, no short of breath (sic), no fever), am not Covid-19 positive, as part of the SOP (standard operating procedure) for close proximity to Covid-19 positive cases, precautionary measures mean all of us in the meeting will need to be (in) self-isolation at home," he wrote on Facebook.

Uggah and Dr Sim are the latest Sarawak ministers to be in quarantine.

They had attended a meeting with a participant from Kota Samarahan who was later confirmed to have the virus. 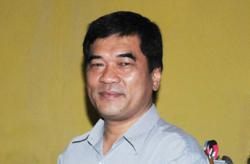 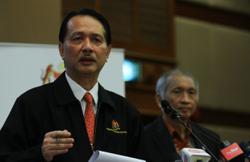