PKR: Make use of RM31bil state reserves to fight Covid-19

MIRI: Sarawak PKR has urged the state government to use its RM31bil state reserves to source for urgent equipment and protective gear for hospitals to fight Covid-19.

"Now is the time to make use of the money to help fight the pandemic as the number of infections and fatalities is rising.

"The state should use its finances, even though health matters are under the Federal Government.

"Sarawak is seeing a constant rise in the number of Covid-19 infections and fatalities," he said in an interview.

At present, there are nearly 200 positive cases and nine fatalities.

Dr Teo said hospitals throughout the state were short of beds and emergency equipment including ventilators.

"Frontliners like doctors, nurses and supporting hospital staff are working round-the-clock and risking their lives.

"They need better protective gear and also deserve more financial allowances for their extra work and sacrifices," he said.

The Miri MP said state reserves should be used for the people and fighting the Covid-19 pandemic was an issue urgent to address.

He said his service centre staff had gone to the ground and distributed urgent food supplies to needy folks.

"We have sent these food supplies to the blind folks and orphanages.

"We are also assisting B40 groups in squatter resettlement schemes, as well as squatter colonies," he said.

Dr Teo added that every Opposition MPs had been given RM100,000 each by Putrajaya as emergency funds to buy food supplies for needy families in their respective parliamentary constituencies.

"We are grateful to the Federal Government for this special allocation.

"It will go a long way towards helping the people, who are badly affected by the movement control order and those who cannot earn any income and run out of cash during the period," he said.

Dr Teo said the allocation was used to buy food items such as rice, noodles, coffee and tea, cooking oil and rice to be distributed.

He said there should be enough of essential items to go around Miri city for the needy.

Miri has a population of 350,000 and a sizeable portion of them are living in the six squatter resettlement schemes and eight squatter colonies in Senadin and Pujut. 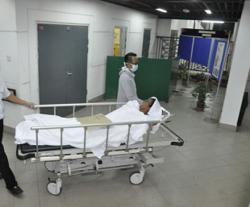 Use reserves for frontliners, S’wak urged 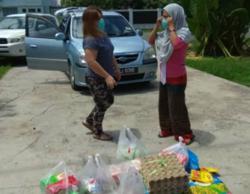 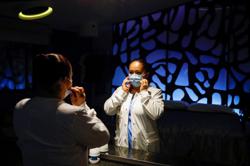