MCO violation: A week's jail, RM1k fine for four who went on joyride

JELEBU: Four friends who decided to take a leisurely motorcycle ride from Cheras in Kuala Lumpur to Titi near here while the movement control order was in force were each fined RM1,000 and ordered to spend seven days in jail.

They were charged with committing the offence at 9.30am on March 29 along Jalan Besar Titi near here.

The four were charged under Rule 3(1) of the Prevention and Control of Infectious Diseases Act (Measures within the Infected Local Areas) Regulations 2020 Punishable under rule 7 of the same Act, read together with section 34 of the Penal Code, under which offenders can be fined up to RM1,000 or jailed not more than six months or both upon conviction.

Rahimah also ordered the four to serve an additional three months in jail if they were unable to pay the fine.

The four were unrepresented while Muhammad Amirul Noor Hashimi prosecuted.

Covid-19: Remand applications to be heard at police stations to lessen spread 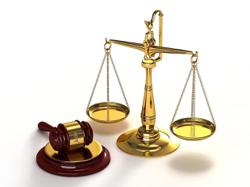