He had been ill for several years and had returned to Penang to receive treatment and fight cancer, where he passed away Wednesday (April 1).

Born in 1951 in Penang, Khor was active in civil society movements.

Khor leaves behind a wife and daughter.

His wake will be held at the funeral parlour in Mount Erskine today and the funeral will be tomorrow (April 2).

His family requests that any contribution or tribute be in the form of a donation to either the Consumers Association of Penang or Sahabat Alam Malaysia, as per Khor’s wish. 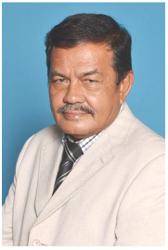