Speaking to the media, district OCPD Asst Comm Nik Ezanee Mohd Faisal said that seven incidents led to the arrests, three of which were at road blocks along the Federal Highway and near the Subang toll gate entering Petaling Jaya.

He added that another of the arrests was made in Ara Damansara at 8.50pm on Sunday, when two men ignored instructions to return home when spotted along Jalan Masjid Kayu.

ACP Nik Ezanee said that another was made at 1.30am on Monday when a 16-year-old boy was found outside his home.

He could not give a valid reason for being outside then.

"The police advise the public again to comply with the MCO and to not take things lightly.

"Stay at home and only go out if there is an urgent need," he said. 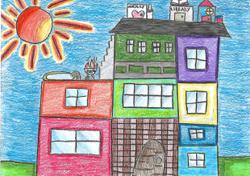