KUCHING: A five-year-old girl from Sibu who died on March 26 after being bitten by a dog has been confirmed to have had rabies, says the Health Ministry.

He said this was the first rabies case reported in Sarawak this year and the 23rd since an outbreak was declared in the state on July 31,2017.

"The girl was bitten in the face by a stray dog on March 8, but the wounds were not immediately washed with running water and soap. She was brought to Sibu Hospital for treatment the same day.

"She received an anti-tetanus jab, a rabies immunoglobulin jab and two doses of anti-rabies vaccine. On March 13, she was discharged in healthy condition," Dr Noor Hisham said in a statement on Monday (March 30).

He said the girl was given a third anti-rabies vaccine jab on March 16.

On March 24, she was brought to a community clinic in Sibu for fever and to Sibu Hospital the next day after suffering a sore throat, difficulty swallowing and hallucinations.

"Her condition deteriorated and she died the following day. The cause of death was rabies encephalitis," Dr Noor Hisham said.

He added that the dog which bit the girl was reported to have died on March 10 but no sample was taken from it. 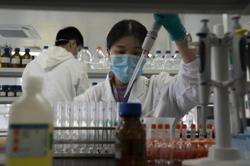 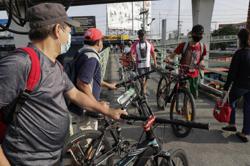