PETALING JAYA: A group of pro-civil rights individuals want the government to convene an emergency Parliament sitting to review the RM250bil stimulus package due to the Covid-19 situation.

They pointed out that by Prime Minister Tan Sri Muhyiddin Yassin's own admission, the government was not one legitimately elected by the rakyat.

"As such, the government must obtain a proper mandate from all parliamentarians in a non-partisan manner for such a stimulus package to be approved.

"Such a procedure has been followed by legitimately-elected governments across the globe," they said in a joint statement on Sunday (March 29).

The statement was signed by 36 people, including academicians, civil society leaders and activists.

They said that the details of the stimulus package must be fully discussed and amended for the benefit of all Malaysians – regardless of class, ethnicity and social background.

"We are especially concerned about the transparency of sources of funds and public delivery methods, as well as its eventual accessibility to the most needy citizens.

"We are confident that our parliamentarians will rise above party interests to craft and approve the right stimulus package.

"This is the only way that the present government can prove itself accountable to the people of Malaysia," they said.

Muhyiddin had on Friday (March 27) unveiled an economic stimulus package valued at RM250bil.

PKR president and Port Dickson MP Datuk Seri Anwar said the stimulus package, which is supposed to bolster the economy, should be debated in Parliament to ensure all monies are disbursed to those who need them most. 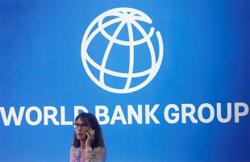