Who, me? MCO arrests in PJ

PETALING JAYA: Police here have come down hard on people who do not comply with the movement control order (MCO) to control the Covid-19 outbreak.

At least 32 people were arrested within the span of 24 hours on Friday (March 27) for not having a valid reason to be outside during the MCO.

“We stopped the man for a check at the roadblock near the toll plaza and the man was uncooperative and was behaving aggressively during the stop.

“We arrested the 49-year-old for obstructing a public servant from dispensing their duties, ” he said in a statement Saturday (March 28).

He said police also arrested a local and six Indonesians for gathering without a valid reason at Lot 1048 Kampung Sungai Kayu Ara at around 11.50am on Friday.

“We also arrested a 28-year-old man for provoking police along the LDP near Icon City at around 6pm.

“The man demanded the police tell him why he could not be at the scene when he was stopped, ” he said, adding that the man was arrested shortly after.

He said police also arrested four men for gathering outside a mini mart at Damansara Uptown.

“We checked the four men at around 7.30pm for not having a proper reason to gather there, ” he said.

ACP Nik Ezanee said the 32 were arrested under Section 7(1) of the Prevention and Control of Infectious Diseases Rules.

“If found guilty the could face a maximum fine of RM1,000 or a maximum jail term of six months or both, ” he said. 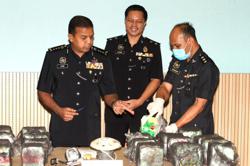 Busted for street racing on first day of Raya 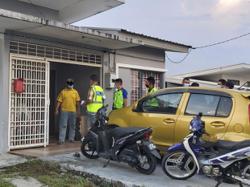