KUCHING: Sarawak has closed its border posts while the Customs, Immigration and Quarantine (CIQ) complexes at the Brunei and Kalimatan entry points will open for limited hours during the movement control order (MCO) period.

Chief Minister Datuk Patinggi Abang Johari Tun Openg said the CIQs between Sarawak and Brunei at Sungai Tujuh, Tedungan, Pandaruan and Mengkalap would only be opened from 6am to 8pm.

The Sarawak-Kalimantan CIQs at Tebedu, Biawak and Lubok Antu will operate between 9am and 3pm.

“This is in line with the opening hours as agreed by Brunei and Indonesia, ” said Abang Johari after chairing a state security council meeting here yesterday.

The state government, he said, was also enlisting the military’s involvement to enforce the MCO at border posts and rural areas.

“The MCO is an exercise to flatten the infection curve of the virus, which, if unchecked, will burden the community, the state and the country’s resources, and affect the health and safety of every individual.

“The severity of the problem is not to be underestimated, ” he said, appealing to the public to stay at home.

Abang Johari said the state government would collaborate with private hospitals to screen and test for Covid-19.

“This is to enhance our capacity to deal with the situation. It’s a question of facilities.

“Now, we are extending the facilities to private hospitals to cope with the testing, ” he said, adding that the matter of cost was still being worked out.

Meanwhile, the General Operations Force (GOF) will continue to carry out border patrols – not only to enforce the MCO but to check cross-border crime.

“The ‘jalan tikus’ is part of our target areas that we patrol regularly to prevent smuggling and other illegal activities.

“Although the focus is on fighting Covid-19 now, we will not let up in monitoring and patrolling border areas, ” he said. 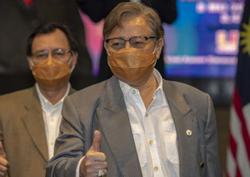 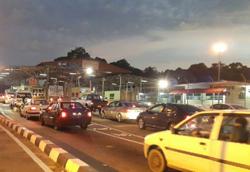 Highway by-passing Brunei must be priority after fee hike by sultanate, says politician