Flights cancelled with Australian ban on foreign arrivals hours away

SYDNEY (Reuters): Twenty international flights due to arrive in Sydney on Friday (March 20) have been cancelled as the Australian government deadline banning foreign arrivals approaches.

Just one international flight is due to arrive in Sydney after the 9pm (1000 GMT) ban starts on foreign arrivals, according to the Sydney Airport arrivals website.

Emirates flight EK414 is due in at 10:30 pm and, according to the government announcement, only Australian citizens, residents or close family members on board would be allowed to enter the country.

A Cathay Pacific flight from Hong Kong will be hoping for no delays as it is due to arrive just 10 minutes before the ban begins.

Forty-six other international flights were due to arrive in Sydney Friday before the ban on foreigners begins.

Prime Minister Scott Morrison announced the ban on foreigners Thursday, saying 80% of Australia's 700 coronavirus cases were either contracted overseas or by someone who had direct contact with someone who returned from overseas.

Regardless of nationality, all international arrivals have to self-quarantine for 14 days.

The island state of Tasmania has imposed the same restriction on people arriving from the mainland from midnight Friday.

The Australian government is expected to announce tighter restrictions on gatherings of more than 100 people, as well as further financial support for the economy. – Reuters 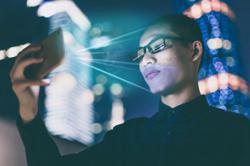