Sabahans take to social media to say: Stay at home

KOTA KINABALU: Sabahans are taking to social media to urge people to stay home and call out those who refuse to do so.

Various posts on Facebook reinforced the message behind the government's movement control order, saying "When the message says stay home, just follow","How many times has the PM asked (people) to stay home with a pleading tone, and if you still don’t understand, get out of earth".

Maria Isek jokingly wrote: "Abide by the Restricted Movement Order, especially husbands. This is the time for you to experience what it's like for a woman (in confinement) who has just delivered a baby".

Nong posted: "Better to stay at home, than (end up) in a hospital".

Gravin Wong wrote that the "restricted movement order is not a holiday. Don’t bring virus back to the village, or else the whole village will be infected".

In WhatsApp, people have even started a "stay at home" message thread using various languages and circulating them with more and more people adding on to the message using whatever language they prefer.

In English, the message basically reads ‘Stay home, don’t go anywhere unless you have urgent matters to attend to".

Local reporter Mariah Doksil also posted two videos, one in Bajau Samah language and another in Tombonuo, advising people not to panic and to stay at home if they didn't have anything important to attend to.

From reports nationwide on the first day of the Restricted Movement Order on March 18, it would appear many are refusing to abide by the rule.

In fact, many chose to travel back to their hometowns and congesting the highways in Peninsular Malaysia.

In Sabah, bus terminals were packed with people wanting to go back to their hometowns as well.

Public parks and hiking spots are also filled with people. 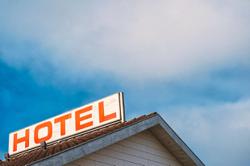 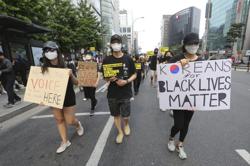 Most of 51 new S. Korea cases linked to door sales