Singapore's downturn this year is expected be a lot deeper than that during the severe acute respiratory syndrome outbreak in 2003, and more painful than the Global Financial Crisis in 2009.ST PHOTO: MARK CHEONG

SINGAPORE, March 19 (The Straits Times/ANN) - A recession in Singapore "appears inevitable", said DBS Bank as it now sees the economy shrinking by 0.5 per cent this year, instead of the 0.9 per cent growth it forecast last month.

He also expects total retrenchments for the year to reach about 24,500, slightly above the 23,430 in 2009 during the Global Financial Crisis.

"Considering the chaotic situation in many parts of the world and the economic costs of those restrictive measures on trade, investment, consumption and travel, this is evolving into a 'self-induced' global recession. Being a small and open economy, Singapore will not be spared," he said.

Mr Seah said a second stimulus package of up to $14 billion to $16 billion could be rolled out, funded by the remaining Budget surplus for this term of Government of about $7.7 billion and an additional $6 billion to $8 billion from the reserves.

A $4 billion Stabilisation and Support Package was announced during the Budget statement last month.

He also expects the Monetary Authority of Singapore to take a more aggressive monetary response amid falling inflation and the significant downside risk to growth. 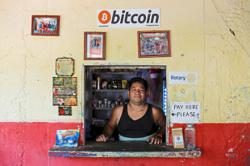