The clarification comes after over 270 Malaysians were said to have been barred by Indian authorities from catching their flights from India back to Malaysia, with some posting pleas for help on social media.

“I’m aware that there are a lot of Malaysians who are stuck and facing problems in catching flights home from India following the Indian government’s decision related to Covid-19.

“A viral video on social media showing an official from the Indian authorities saying this was a decision by the Malaysian government is not true.

“Under the MCO, Malaysians are allowed to return to the country,” Hishammuddin said in a statement yesterday.

He said those seeking to return home would have to undergo a health check and voluntary self-quarantine for 14 days upon their return.

Although what occurred in India was based on the discretionary powers of the Indian authorities, Hishammuddin said the ministry would provide as much help as possible for the stranded Malaysians.

“We have contacted our representative there.

“The ministry’s Covid-19 task force is looking into finding a solution for them to return to Malaysia,” he added.

He said MIC had also contacted him and vowed to help resolve the problem.

A ministry official confirmed that, as at 9am yesterday, 274 Malaysians were stranded in India.

Of these, 73 were stranded in New Delhi, 50 in Chennai, 150 at Tiruchirappalli International Airport and one in Mumbai.

Hishammuddin also said the Malaysian High Commission in Sri Lanka confirmed that a group of Malaysians who were stranded in the Maldives owing to an earlier cancellation of flight were on their way back to the country via a different flight.

Separately, Wisma Putra called on Malaysians abroad to remain calm and register with the country’s mission as the Foreign Ministry recorded 841 citizens who are stranded overseas after the respective governments imposed restrictions and travel bans to curb the spreading of Covid-19.

He said Malaysians stranded in India made up the highest number with 274 people followed by Uzbekistan (209) and Morocco (160).

“Our citizens who are stranded have been given consular assistance by our missions in the respective countries. This includes temporary accommodation, providing them with alternative flight passage and other forms of assistance,” he said.

There are also Malaysians stranded in Norway (five), Maldives (four), Poland (three), Hungary (two) and one each in Lithuania, Panama and Ecuador.

Kamarudin, who chairs the Foreign Ministry’s task force on Covid-19, said that the Malaysian embassy had also successfully helped 116 of its citizens to return home.

These are 113 who were in Morocco and three Malaysians who were stranded in the Maldives. 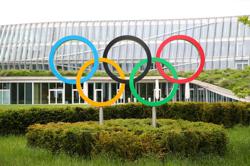 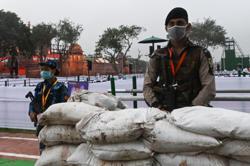