PETALING JAYA: The first day of the two-week movement control order saw a big drop in the number of people at shopping malls and tourist attractions.

A rough analysis on crowds at these locations using the "popular times" feature in Google Maps found the number of people in the vicinity of Kuala Lumpur's Suria KLCC was down 74% at 2pm yesterday, compared to the same time on a typical Wednesday.

Other locations that saw a big drop in footfalls nationwide included Penang's Komtar (-65%), Plaza Merdeka in Kuching, Sarawak (-56%), A Famosa in Melaka (-39%) and Pasar Payang in Kuala Terengganu (-30%).

The footfall analysis was done on a sample of 17 randomly selected popular locations throughout the country.

The data showed that a bank, utility and government office recording much smaller drops in footfall.

This is possibly due to the fact that these sectors fall within essential services that are operating as usual during the MCO that started yesterday and ends on March 31.

The vicinity of the Pos Malaysia headquarters in Jalan Sultan Hishammuddin, Kuala Lumpur, for example, saw a relatively small reduction in footfall (-17%).

Others with smaller drops include the HSBC bank in Jalan 52/2, (-15%) as well as the Road Transport Department office (-2%), both of which are located in Petaling Jaya, Selangor.

The R&F Mall located near Johor Baru Immigration, Customs and Quarantine complex - also saw a relative small reduction in visitors (-26%) at 2pm yesterday when compared to other malls in major cities.

Of the 17 locations measured, only one - Stulang Beach at Jalan Sultan Ibrahim, Johor Baru - recorded an increase in footfall.

The area saw an 8% increase in visitors.

The "popular times" feature in Google Maps uses aggregated and anonymised data from users who have opted in to Google Location History.

The feature shows how busy a location typically is for each hour of the day. 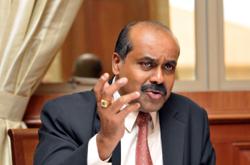 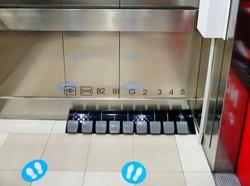 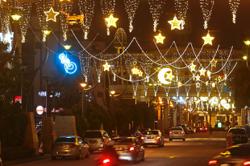