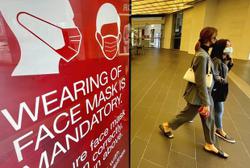 "Our members will remain open to allow customers to order takeaways or deliveries through GrabFood and Foodpanda.

"However, there will be no dining in," he said when contacted on Tuesday (March 17).

Nevertheless, he noted that Presma will be appealing to the government to allow limited dining in to mitigate the losses suffered by members due to a drop in business over the last few weeks.

"We hope the government will consider allowing us to open for dine-in breakfast between 7am and 9am and lunch between 1pm and 2pm, provided we space the tables apart by a meter," he added.

He said members initially experienced a decline of between 20% and 30% in businesses, following Covid-19 being detected in the country in late January.

"Since then, our business has dropped between 30% and 40% and we expect it to decline even further to about 60% and 70% during the Movement Control order period," he added.

Jahawar Ali said that Presma will also hold talks with the food delivery companies to see if they would be able to lower the 30% surcharge imposed for their delivery services.

"The food delivery companies will surely see a boom in business of between 300% and 400% during the restriction movement order period.

"Hopefully, they can reduce the surcharge by going for volume instead," he added.

He said that Presma and about 40 other non-governmental organisations will also submit a memorandum to Finance Minister Datuk Seri Tengku Zafrul Tengku Abdul Aziz on measures to mitigate losses suffered by small and medium enterprises in several sectors due to Covid-19.