A 100-year-old religious festival, which was held at a temple in Dengkil, Selangor, featured many traditional performances, Makkal Osai reported.

The annual event was held over two weeks from Feb 29.

Devotees believe that fasting during the festival and taking certain vows would help childless couples conceive.

> The body of a man who jumped off a bridge in Klang, Selangor, has been recovered, Malaysia Nanban reported.

He was said to have leapt from the Connaught Bridge in Kampung Jawa on Thursday after stopping his motorbike there.

Search and rescue efforts were initiated after passers-by who witnessed the incident informed the authorities.

Divers eventually recovered the body of the 35-year-old man on Friday morning.

Group calls for probe into destruction of old temple 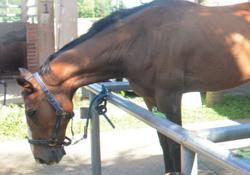 Rider and horse in quarantine for zone breach