JOHOR BARU March 16 (Bernama): Sultan of Johor Sultan Ibrahim ibni Almarhum Sultan Iskandar on Monday (March 16), conveyed his condolences to the families of the victims of the fire at the diesel hydrotreater unit at Gate 1 of the Pengerang Integrated Complex (PIC), Kota Tinggi, on Sunday night (March 15) which killed five people.

"I am very saddened by the incident. May Allah grant strength to the families of the victims, ” he told the Royal Press Office here.

His message was uploaded to the Sultan Ibrahim Sultan Iskandar official Facebook page.

Sultan Ibrahim also instructed the Malaysian Fire and Rescue Department to quickly determine the cause of the fire.

"At the same time, I want safety measures at the workplace to always be given priority to prevent accidents, ” he said.

"I also hope that the families of the victims get assistance from their employer, ” Sultan Ibrahim said.

In the incident around 10.50pm, the Pengerang Refining and Petrochemical (PRefChem) plant in PIC caught fire, resulting in an explosion.

In a separate statement, the Fire and Rescue Department confirmed that there were seven victims in the incident.

Five people were killed, one was saved while another received 70 per cent burns.- Bernama 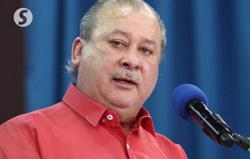 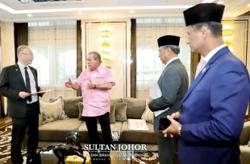 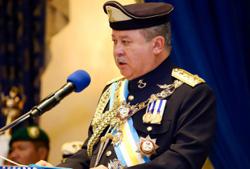