KOTA KINABALU: Sabah Parti Pribumi Bersatu Malaysia (Bersatu) is calling for the revival of the Sabah Federal Development Office (JPPS) as the state is now an Opposition-ruled state under Parti Warisan Sabah.

Sabah Bersatu chairman Datuk Seri Hajiji Mohd Noor said Sabah used to have a JPPS during the era of the Parti Bersatu Sabah (PBS) government, which ruled the state as an opposition in the early 1990s to the then Barisan Nasional Federal Government.

He said JPPS is very important because it is the federal instrument in supervising, monitoring and coordinating the distribution of federal development allocations at the state level.

“Sabah Bersatu proposes that the Federal Government speed up the revival of JPPS for the successful implementation of all development programmes and projects currently channelled directly into the state.

“JPPS functions as a representative of the Federal Government, the intermediary and bridge between the federal and state governments, like what had been created in Kelantan, ” he said after he chaired the Sabah Bersatu meeting at here on Wednesday (March 11).

He said the Federal Government should also establish Federal Village Development and Security Committee (JKKK) in Sabah for monitoring the implementation of development projects at the grassroots level.

He said Sabah presently has Village Community Management Councils (MPKK), where the power to appoint its chairmen lies with the state government while the Federal Government provides the allocation of their allowance payment.

Hajiji, who is also Sulaman assemblyman, said it is a common practice for development allocation from the Federal Government not to be channelled directly to an opposition state government and political party.

Hajiji was optimistic that through JPPS, the Federal Government can assist in developing Sabah, specifically the rural areas which are still lagging behind, through the development allocation channelled to JPPS. 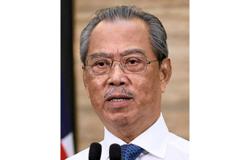 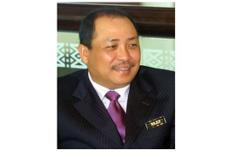