A taste of idyllic life in Pulau Suri

Unique waterway: File photo of the floating market in Kampung Pulau Suri, Tumpat, Kelantan, the first of such markets in Malaysia.

The island can be reached by either a 40-minute boat ride from Jeti Kok Majid in Tumpat or a 15-minute journey from Jeti Kuala Besar in Kota Baru.

The market is open on Saturdays from 10am to 2pm.

Recreational consultant, Suzilan Mohd Salleh, 54, said one could also rent a kayak and paddle for 45 minutes through the waterways around the island, an easy excursion as the waters were not affected by tides.

“The clear water, the tranquil natural surroundings and a local community reliant on the island’s natural resources for survival have the potential to draw in tourists. Kayakers will get a feel of the village life in Pulau Suri, ” he said.The island is one of a large cluster situated near the mouth of Sungai Kelantan into the South China Sea.

Other interesting attractions are watching trained monkeys pick coconuts, fishing boats and the making of coconut coal and batik canting (a tool for drawing on fabric with hot wax), and foraging for lokan and ketam nipah (mud crabs).

Suzilan said tourists were also welcome to cycle through the islands to enjoy nature.

“Normally, they will start their journey in Kota Baru and catch a boat ride from Jeti Kuala Besar to Pulau Suri.

“Then, they explore on their bikes using the motorcycle pathways and bridges before hopping onto another boat from any of the island’s jetties to Jeti Kok Majid.

“From there, they will cycle to Kampung Laut and catch a bot penambang (water taxi) to Jeti Tambatan Diraja where the journey would end.” — Bernama A unique engine is bringing power to a remote Philippine island 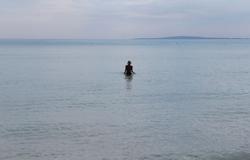