Penang dams in need of rainfall

Dry days: The effective capacity of the Teluk Bahang dam in Penang has dropped to 28.6%.

GEORGE TOWN: The water level at the dams in the state has declined further due to a lack of rainfall.

The effective capacity of the Ayer Itam and Teluk Bahang dams yesterday dropped to 45.7% and 28.6% respectively.

Both these dams mainly supplied to households within the areas.

“PBAPP is optimising the abstraction of raw water daily from Sungai Muda at the Lahar Tiang Intake to meet Penang’s needs during this dry season.

“More than 80% of the raw water that PBAPP abstracts daily comes from this river, ” he added. 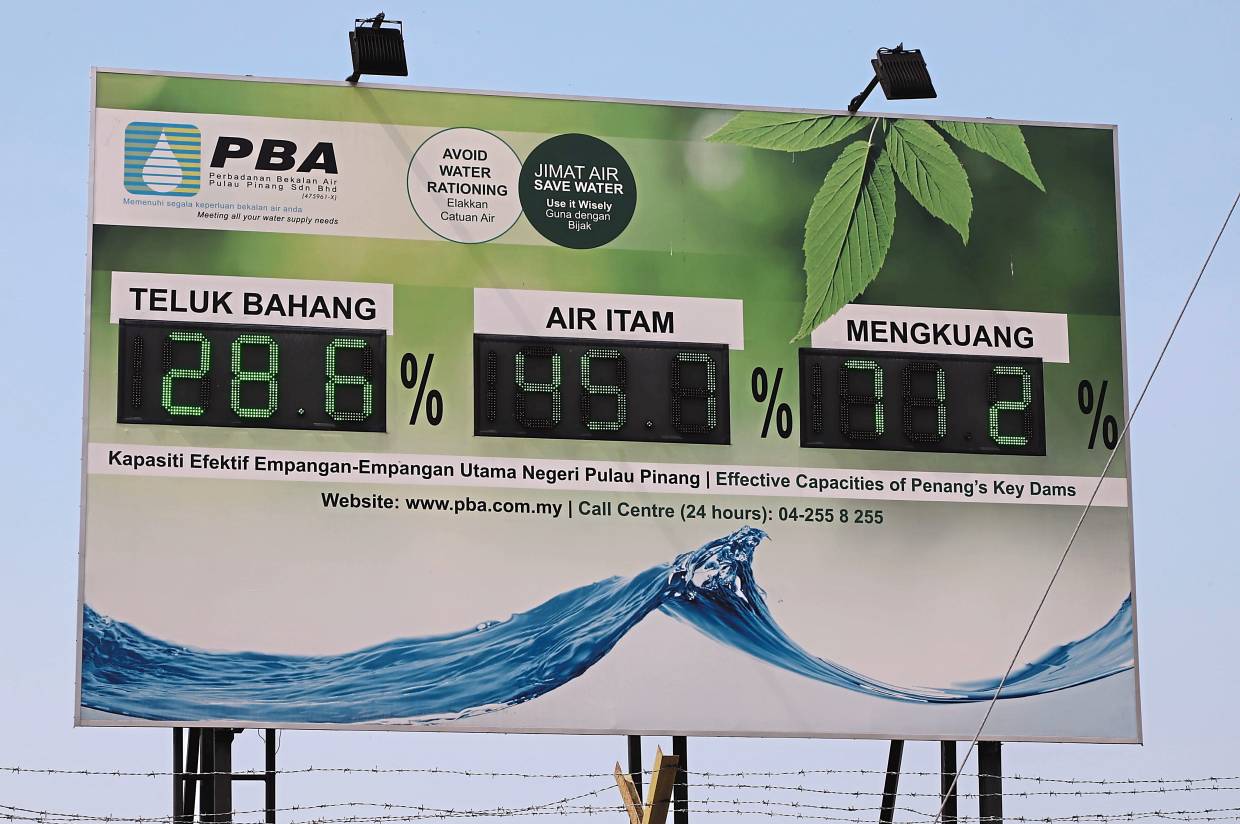 A notice board showing the latest information on water levels in Penang dams.

Jaseni said that 14 Kedah water treatment plants were dependent on raw water from Sungai Muda to meet the needs in southern Kedah.

“At the Lahar Tiang Intake, the level of the river has dropped below the alert level of 2m since Jan 1. It was recorded at 1.7m today.”

He said there were two dams in Kedah that released water into Sungai Muda to sustain the river level during dry seasons. But the capacity of one of these dams, the Muda Dam, had severely depleted to the level of 4.65% yesterday.

“The capacity of the other dam, the Beris Dam, is at 61.08% now. The reserve of the Beris Dam would have to last until the rainy season arrives, ” he added.

Jaseni said PBAPP was also drawing down on the strategic drought reserve of the Mengkuang Dam in Seberang Prai to complement raw water abstraction from Sg Muda.

“The effective capacity of the Mengkuang Dam is 71.2% as at March 2. However, the dam by itself cannot meet all of Penang’s raw water needs.

“This is because PBAPP may only draw down a maximum of 300 million litres of water per day (MLD) from the Mengkuang Dam while Penang’s average treated water consumption was 843 MLD in 2019.

“As such, PBAPP is requesting for intensified cloud seeding over catchment areas so that Sungai Muda can provide sufficient water to meet Penang and southern Kedah’s needs until the rainy season arrives. We wish to remind all consumers in Penang to use water wisely during this dry season.

Please support PBAPP’s mission to avoid water rationing at all costs, ” he said. 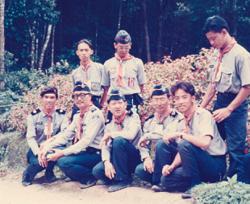