PETALING JAYA: The World Health Organization (WHO) has provided the Health Ministry with 2.5 million doses of polio vaccines as Malaysia fights to keep the disease at bay.

Health director-general Datuk Dr Noor Hisham Abdullah said the ministry had received the monovalent oral polio vaccine type 2 (mOPV2) from WHO’s vaccines stockpile.This, he added, would be given to about one million children under the age of 13 in Sabah as a means

of controlling the spread of the disease.

“The mOPV2 is a booster vaccine to complement the bivalent Oral Polio Vaccine (bOPV) supplied by the Malaysian government to ensure complete immunity against the disease.

“Both these vaccines will be used to protect children against the disease and prevent it from spreading to other children, ” he said.

All of the children, he added, would receive complete vaccinations regardless of their immunisation status.

Dr Noor Hisham also said additional funding had been given to continue the bOPV immunisation campaign in Sabah which started on Dec 27.

The Sabah Health Department had been working with other state government agencies as well as NGOs and volunteers to ensure the success of the campaign, he said.

“The success of this campaign depends on the immunity coverage, where we target to have at least 95% of children aged below 13 immunised, ” he said.

He added that the OPV vaccine was safe and would need to be given to children several times to achieve optimum results.

“The cases involve a three-month-old in Tuaran, an eight-year-old in Sandakan and an 11-year-old in Kinabatangan, ” he said.

The polio virus, said Dr Noor Hisham, was detected in a healthy three-year-old child in Semporna who showed no symptoms of the disease and was found through targeted healthy children sampling.

The virus was also detected in five samples of sewage water collected in Kota Kinabalu and Semporna, he added. 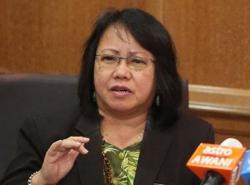 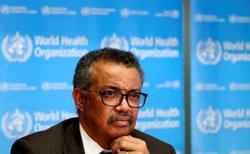