PUTRAJAYA (Bernama): The Election Commission (EC) is ready to conduct a snap general election if Parliament is dissolved in the wake of ongoing political developments, says its chairman Datuk Azhar Azizan Harun in a statement issued on Friday (Feb 28).

He said Article 55(4) of the Federal Constitution stipulates that general elections must be held within 60 days of the dissolution of Parliament by the Yang di-Pertuan Agong.

"This increase in cost is unavoidable, because the EC plans to continue with the upgrades undertaken for the 10 by-elections held after the 14th general election," Azhar said.

The upgrades include an increase in the number of voting centres and channels, as well as the establishment of a special channel for special needs people (OKU).

The EC will also be providing wheelchairs and shuttle services for the benefit of voters who are senior citizens or with special needs, he said, adding that upgrades to voting centre infrastructure included the construction of ramps for wheelchairs, and cemented paths.

Azhar added that a total of 259,443 election staff members had been mobilised to ensure the smooth running of the 14th general election which saw contests for 222 parliamentary seats and 505 state legislative assembly seats. Among the 259,443 staff members were 222 managing officers and 29,054 voting centre chiefs.

A total of 8,839 voting centres and 29,054 voting channels had been opened across the country during the 14th general election, with 600,417 books of ballot papers and 88,113 bottles of indelible ink made available.

Azhar said the EC would issue media statements from time to time based on current developments.

He also urged the public to access information through its website www.spr.gov.my or Facebook page or call the EC at 03-8892 7200, as a measure to avoid fake news. - Bernama

We respect the King as we prepare for snap polls, says Umno sec-gen

Pahang Bersatu most likely sitting out of Chini by-election, in favour of BN 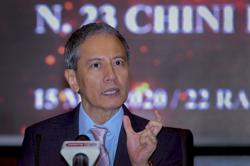 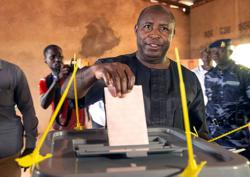