By R. SEKARAN and RENA LIM

Feeling the heat: Firefighters dousing the fire at the Semeling landfill in Sungai Petani.

SUNGAI PETANI: A landfill fire in Bedong here that was put out late last month has flared up again.

“The fire occurred in the same area and we managed to bring it under control on Tuesday with the help of 15 firefighters from our department and the Sungai Petani Voluntary Firefighting Unit. 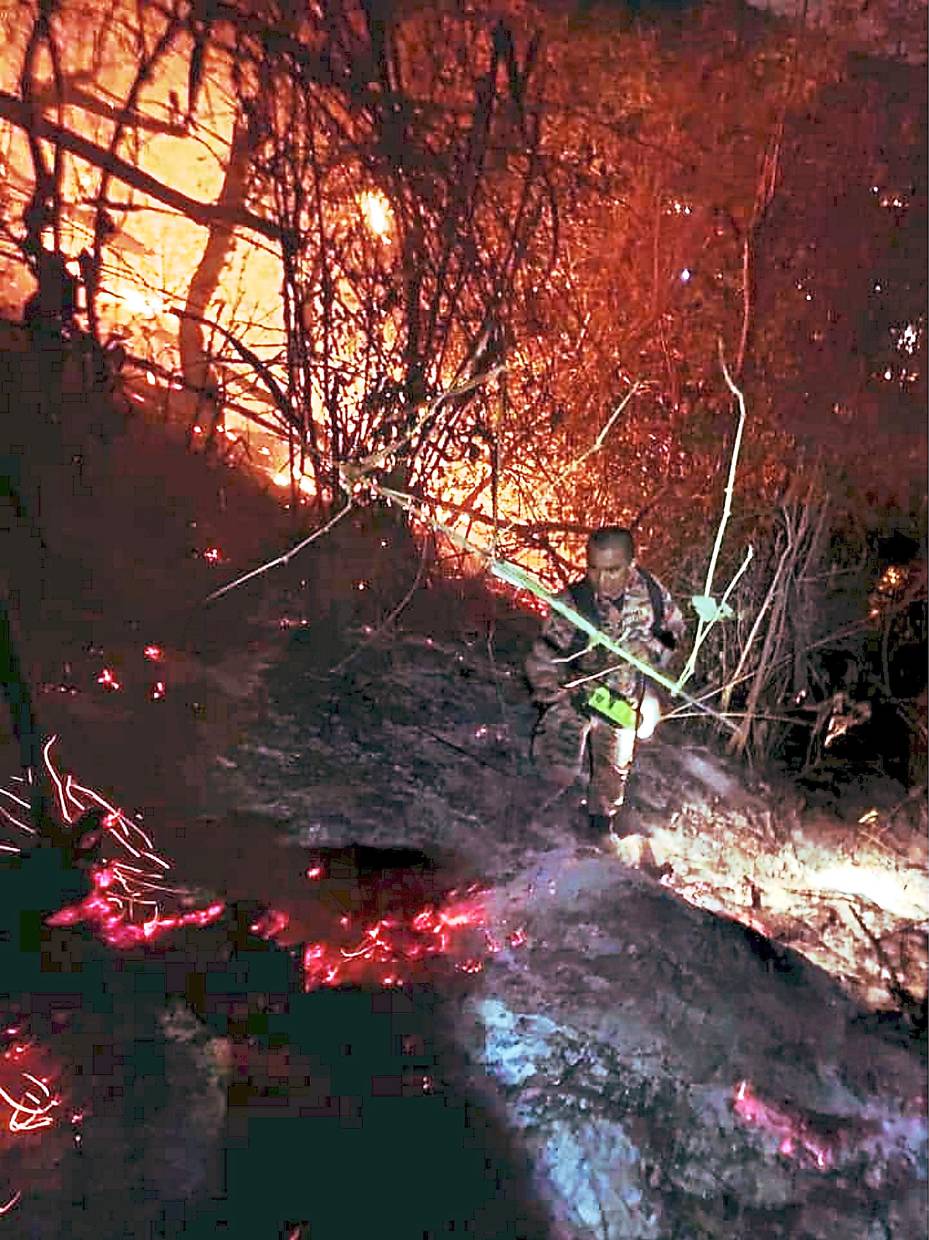 “We are investigating if it is due to arson or the hot and dry weather, ” said Mohamadul yesterday.

The fire first broke out at the 45ha landfill on Jan 20, where thousands of tonnes of plastic buried there went up in flames, with the blaze growing from 55sq m to a whopping 12,000sq m the following day.

The API readings around Sungai Petani hit 200 at the height of the blaze and it was put out only on Jan 30.

Separately, a fire engulfed about 0.8ha of forested land at Penang Hill yesterday.

A Fire and Rescue Department spokesman said they received a call at 12.15am and deployed firefighters from the Paya Terubong fire station to the scene.

“The firemen had to hike up almost 100m from the lower station to get to the location.

“The fire involved small trees and mostly dried leaves. There were no casualties.

“We used jet shooters, forest fire equipment and manual sprayers to douse the flames, ” he said.