Anwar and the lawmakers were spotted getting into an open-air coach at Eastin Hotel in Petaling Jaya at about 10.20am before leaving for the Palace.

The lawmakers seemed to be in a jovial mood with those in the vehicle's open-air deck cheering and singing as they left the compound.

It was learned that the PKR lawmakers had put up a night at the hotel in preparation for their meeting with the King.

The lawmakers also had to surrender their respective handphones to their assistants before leaving for their meeting with the King. 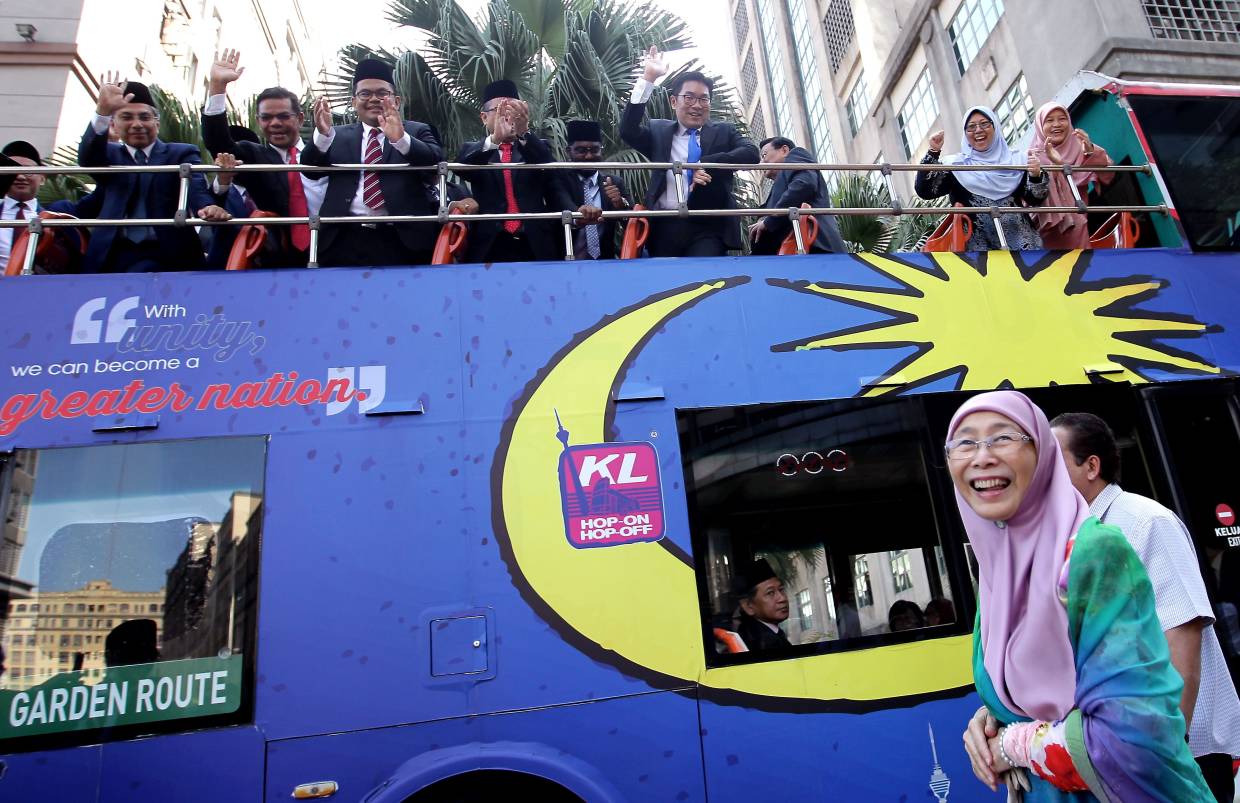 It was learnt that Anwar and his wife Datuk Seri Dr Wan Azizah Wan Ismail had earlier celebrated their 40th wedding anniversary with a cake-cutting ceremony at the hotel before leaving for the Palace.

The King's second interview session with Members of Parliament scheduled on Wednesday are among the key agendas set in the wake of ongoing political developments.

Sultan Abdullah has consented to interview the remaining 132 of the 222 lawmakers, starting 10am, to find the best possible solution to the nation's current state of political uncertainty.

On Tuesday (Feb 25), His Majesty had consented to conduct a one-to-one interview of 90 MPs to personally hear their views and to ascertain who commands the majority of support in Parliament to enable a new government to be formed.