SHAH ALAM: An elder brother of deceased Cradle Fund chief executive officer Nazrin Hassan told the High Court on Friday (Feb 14) that he did not tell the police that death threats had been made against Nazrin.

Dr Malek Reedzwan Che Hassan (pic) told judge Datuk Ab Karim Ab Rahman that he did not tell the police Nazrin had received death threats prior to his sudden demise in June, 2018, because he was sure they would find out about it on their own.

"I was confident the police would use their expertise to find out about it," he said.

Dr Malek, who was responding to questions by DPP Asyraf Ashy’ri Kamaruzzaman, also said he obtained this information based on his own initiative, as he tried to find out what might have led to his brother's death.

According to him, Nazrin's personal assistant "Anis" told him about the matter.

"When a death is suspicious, with no illness, there is a sense of needing to know what might have actually happened," said Dr Malek.

He added the information was obtained solely for his own knowledge.

Shafee said the ties between the two brothers were not good and asked Dr Malek if he had been to his younger brother's home.

The witness refuted Shafee statement about their ties not being good, but said he had never been to Nazrin's home.

In the dock is Nazrin’s widow Samirah Muzaffar, 44, together with two teenagers, aged 14 and 17.

They were charged under Section 302 of the Penal Code in conjunction with Section 34 of the same code, which comes with the mandatory death sentence upon conviction.

The hearing continues in May. 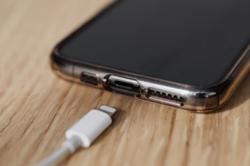