Colourful affair: Visitors taking pictures with the decorative balloons during the celebration.

GEORGE TOWN: The Esplanade came alive with an air of festivity and gaiety to mark the Chap Goh Meh celebration.

A large crowd gathered to watch performances that showcased Penang as a melting pot of diverse cultures.

There were colourful performances from the various ethnic groups throughout the four-hour event which culminated with a dazzling fireworks display.

Apart from stage shows, hawker stalls lining the streets around the venue also added to the carnival atmosphere.

According to legend, this celebration, commonly known as Chinese Valentine’s Day, which marks the 15th and last day of the Lunar New Year, used to be a day when single women went out at night in hopes of meeting their “Mr Right”.

The women would throw mandarin oranges into the sea in hopes of finding their true love.

The trend today is to write wishes and their contact details on the fruit before tossing them into the sea.

Adding colour and excitement to the festivity was the appearance of the Fu Lu Shou (Chinese Gods of Prosperity, Longevity and Good Fortune).

The spectators were also enthralled by the LED Acrobatic Lion Dance routines.

Before the night ended, visitors scribbled their names and wishes on mandarin oranges before throwing them into the sea to mark the Chinese tradition. 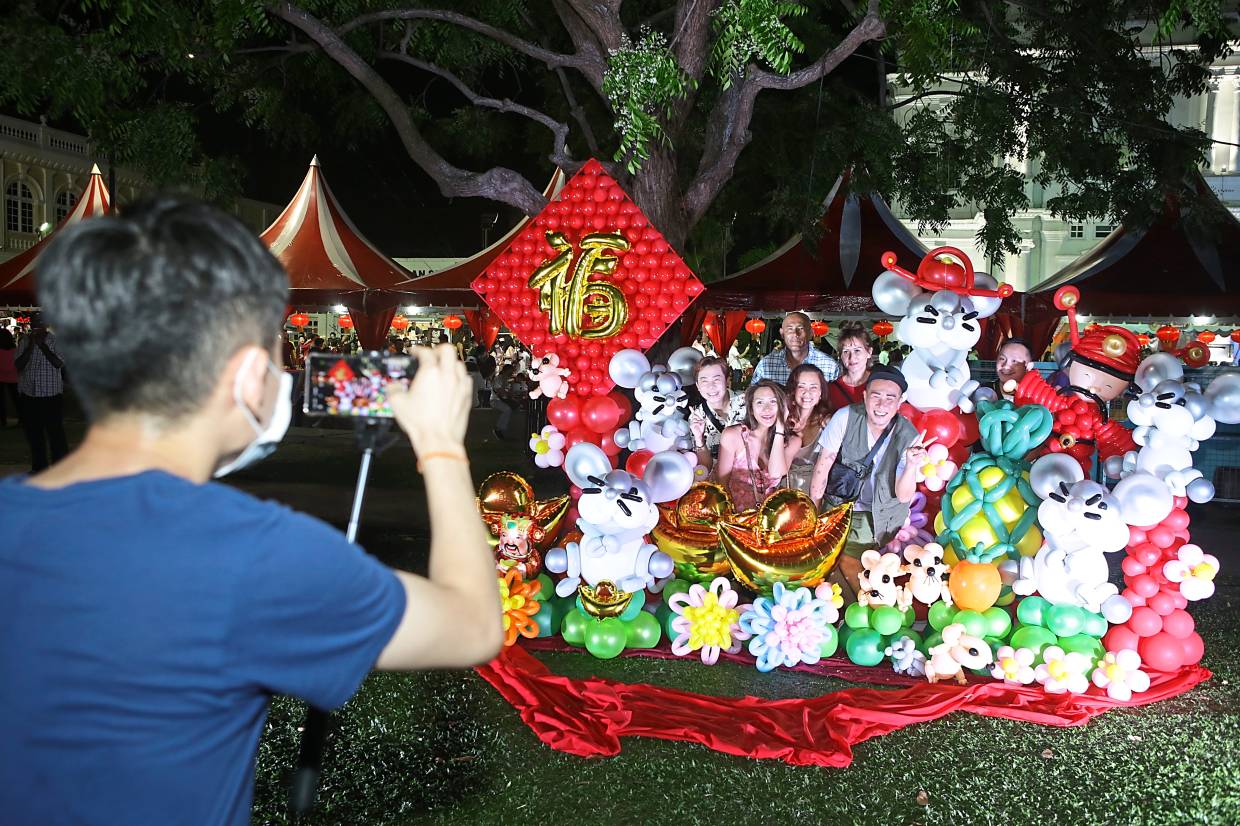 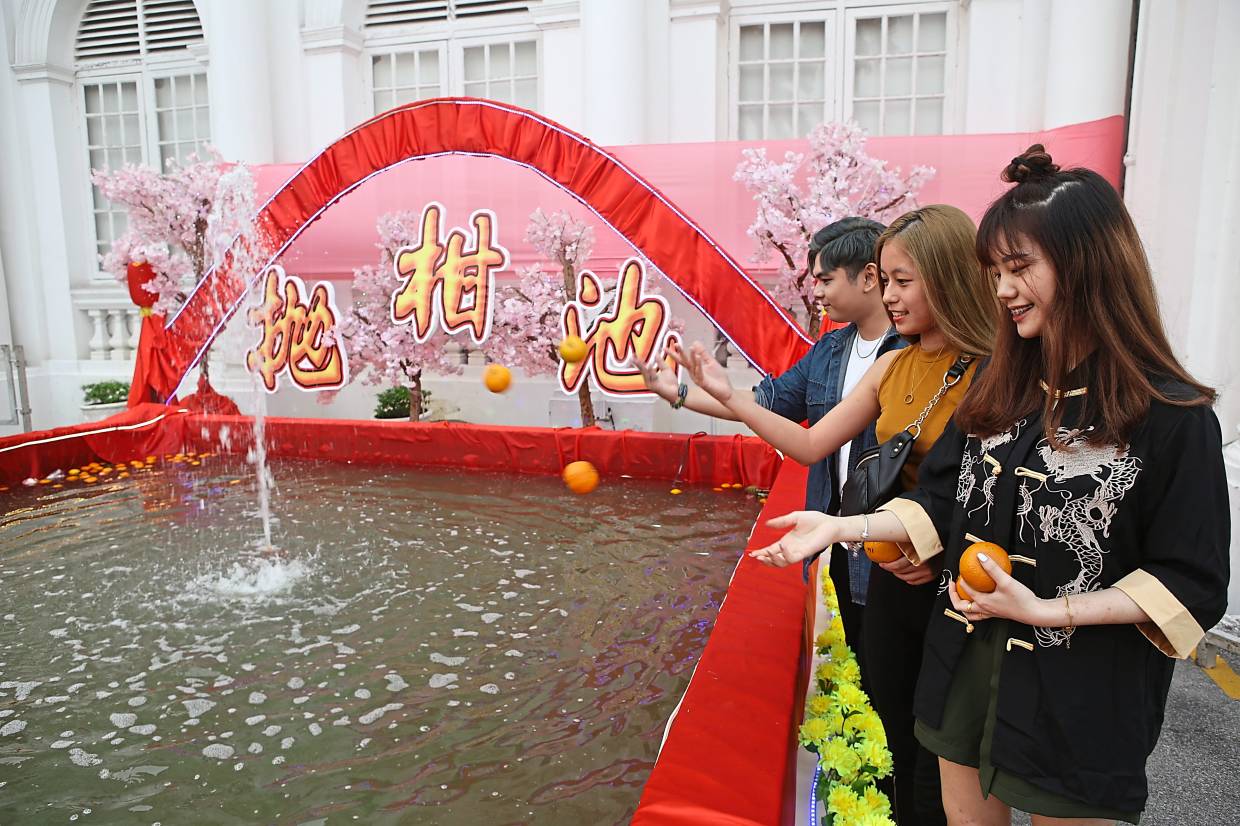 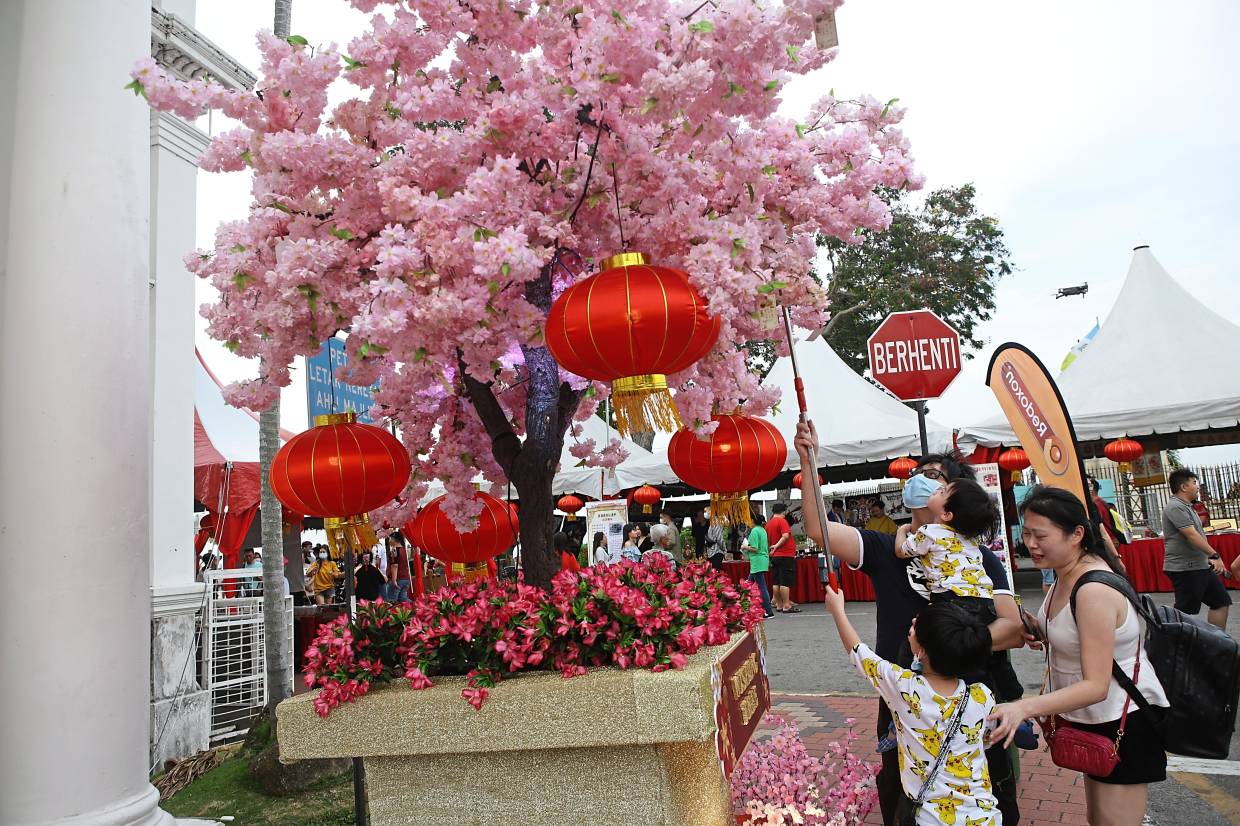 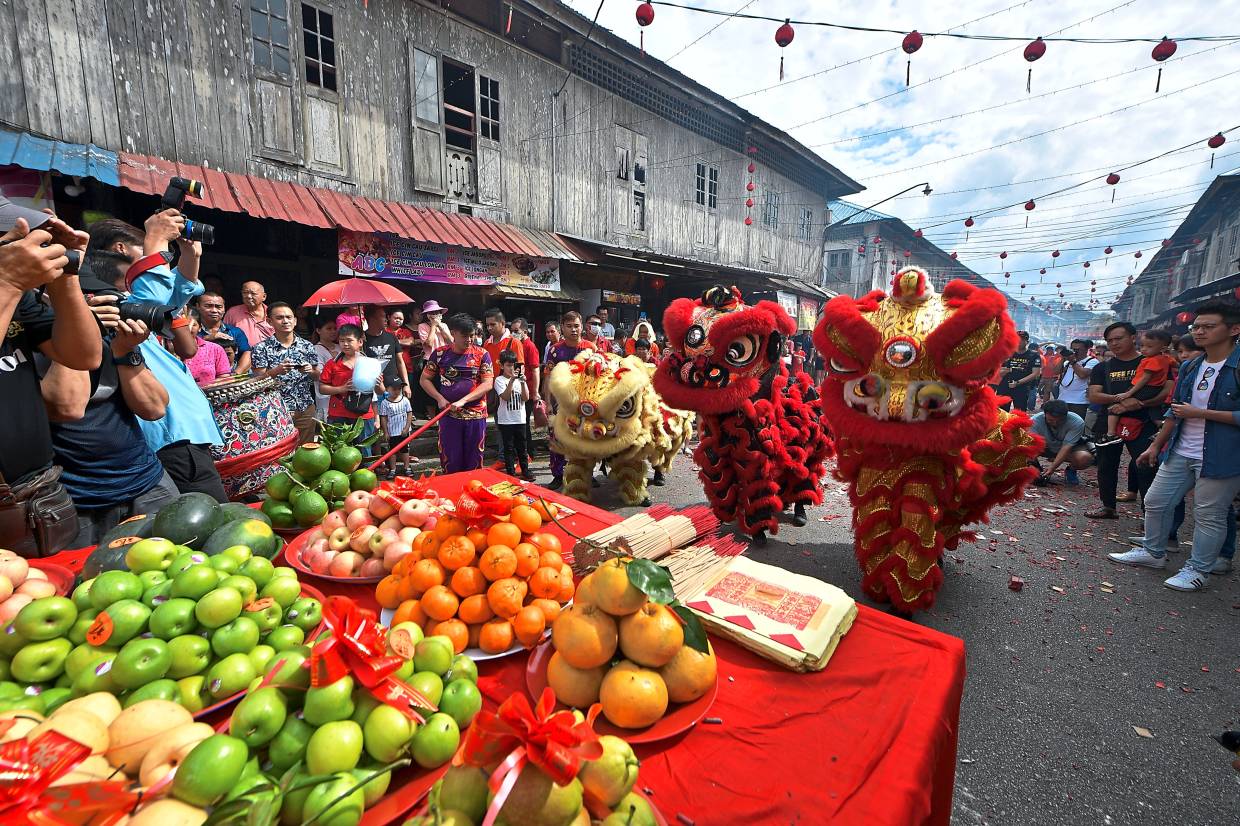 Colourful affair: Visitors taking pictures with the decorative balloons during the celebration.