KUALA LUMPUR: A love of TV cop shows such as Ironside, Hawaii 5-0 and SWAT sparked an admiration for police work in Comm Datuk Mohd Khalil Kader Mohd that led to a fulfilling career in the police force spanning about four decades.

The outgoing Federal Narcotic Crime Investigation Department (NCID) director, however, recalled that it was not until he witnessed a policeman investigating a murder case while he was a temporary teacher that sealed the deal for him.

For a hard-boiled top cop, Comm Mohd Khalil is not coy to credit his family for his career success.

“I have to thank my wife as I could not have done this without her. She has been patient and taking charge in raising our five children while I was out serving the community.

“My family will always be my proudest achievement, ” he said in an interview with The Star recently, ahead of his retirement yesterday.

To him, a policeman’s job is a responsibility to the nation and the public.

“At 60, this is where this journey ends for me but I will think of something else to serve the nation.

“For now, my family is looking forward to spending more time with me, ” he added. 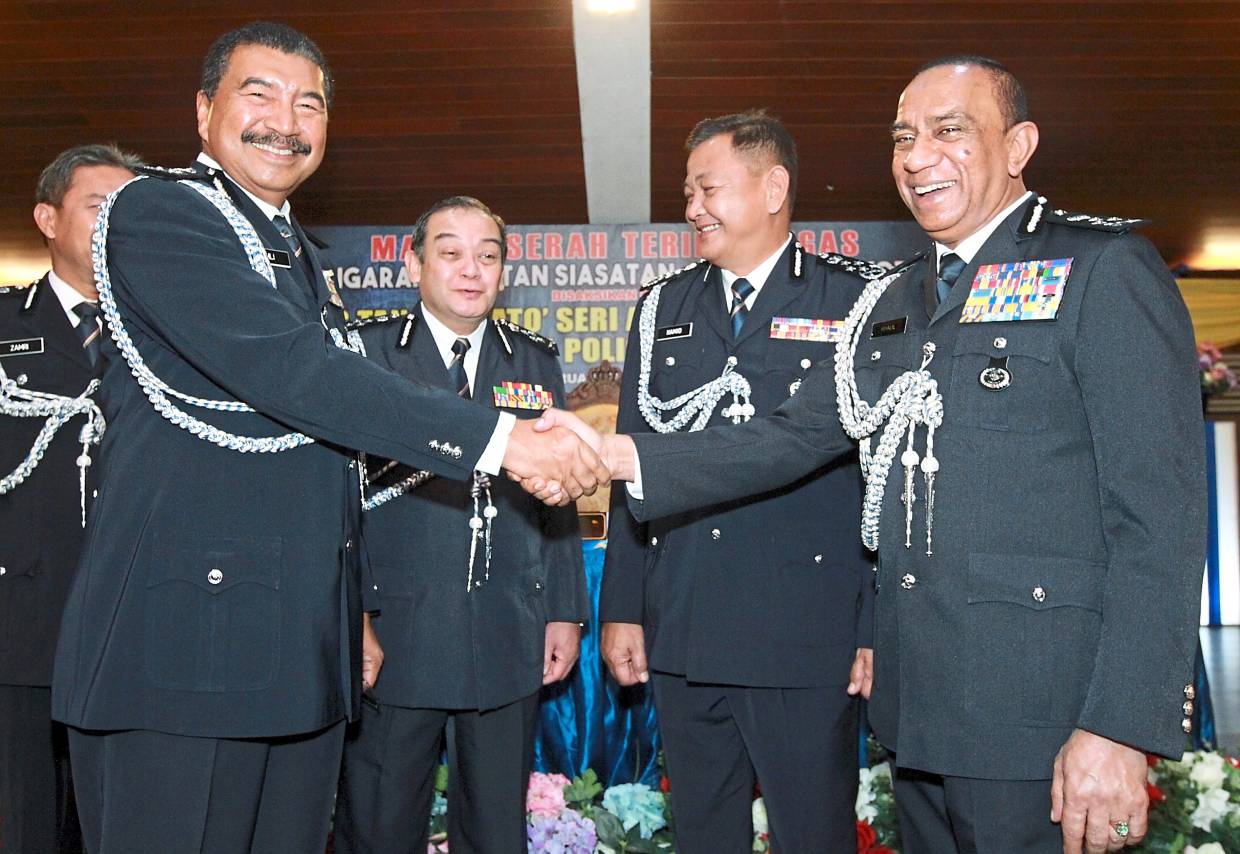 Comm Mohd Khalil said he took over as the NCID head having no previous experience in narcotic crime, so he studied the drug syndicates.

“I didn’t look at the number of arrests made as our key performance index, what I was thinking of as a priority was the need to bring all these drugs out of the market.

“I studied their business plan and hit them at all levels.

“Although it may look like we are on the road to success, our methods may change in six months because these syndicates also change their modus operandi, ” he said.

“This job is about constant evolution and being sincere and honest, ” he added.

Inspector-General of Police Tan Sri Abdul Hamid Bador, in his speech at the handing over of duties ceremony yesterday, said Comm Mohd Khalil began to peak in his career on July 16 last year when he joined the NCID.

“In six months, the achievements made were evident with bust after bust on drug syndicates nationwide.

“Even the Cabinet took notice of the operations conducted by the NCID, ” he said.

The police chief hailed Comm Mohd Khalil as a man of integrity, dedication and loyalty, adding that he was never a yes man to him (IGP) and Deputy IGP Datuk Mazlan Mansor.

“The government and I hope that Ramli will continue the legacy left by Comm Mohd Khalil. With his credibility and experience, I am confident that he is capable of striving towards greater achievements, ” he said.