KOTA KINABALU: Sabah is working with a United Nations agency to achieve sustainable marine stock that has been depleting due to overfishing and illegal fishing methods, including blast fishing.

State Agriculture and Food Industry Minister Datuk Junz Wong said Sabah’s Fisheries Department was working with the UN’s Economic and Social Commission for Asia and the Pacific (Escap) to achieve Sustainable Development Goals in the sector.

“Sabah’s fish stock is decreasing in many areas. It is already low in 90% of the 30 areas surveyed due to illegal unreported and unregulated (IUU) fishing methods,” he said.

Wong was responding to calls by divers for the state government to take steps to end fish bombing activities that were destroying the coral reefs.

Escap, said Wong, had noted that divers still heard the occasional blasting noise, with several close incidents between blasters and divers having been reported recently.

In a bid to put into place a comprehensive plan for sustainable fish stock, Wong said the state government hoped to also mitigate other forms of illegal fishing and over harvesting of edible marine life.

He said the Escap report recommended that a plan for aquaculture be drawn up to curb wild edible marine life demand and a programme to restock natural marine life populations.

The state Fisheries Department, he said, had already written to Escap to confirm its willingness to work towards achieving the sustainable goal, adding it was forming a small working group of about three to five people to prepare ideas and draft a document.

He said they also hoped to see an approach whereby local fishing communities would help grow the fish fry to be released to the wild.

“Sabah will be able to apply for a grant from UN for aquaculture,” he said. 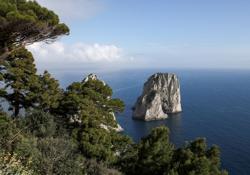