Group aims to raise RM500mil to kick off pilot project

KUALA LUMPUR: A proposal for a pilot redevelopment project for Kampung Baru will be submitted by an interest group to the Prime Minister by the end of this month.

He said a key part of the proposal involved raising RM500mil via wakaf (a voluntary charitable endowment in the form of cash, property or land for syariah-compliant causes) to fund the redevelopment project.“We intend to raise RM500mil to kickstart the pilot project. We target within 12 months to raise this amount, ” he said here yesterday.

Zainudin added that the fund-raising depended on the promotion to attract interested parties to contribute to the wakaf fund.

He said the proposal involved the consolidation of 13 parcels of land adjacent to each other.

“By consolidating the plots, this would allow for a proper building to be developed on the land.

“A company would then be formed to oversee the redevelopment project and its board of directors would comprise representatives from each parcel of land.

“Should this pilot project take off, it would be a model for other landowners in Kampung Baru to sign up with Pewaris to develop their land, ” he added.

Zainudin said the multi-storey condominium would include a library, a tuition centre, a kindergarten and an old folks home.

“Pertubuhan Professional Tanah Malaysia (Pertama) has been selected as the consultant for the project as they are considered as an expert on wakaf, ” he added.

Zainudin was speaking at a townhall session held at Kelab Sultan Suleiman to explain the proposal. It was attended by 130 Kampung Baru landowners.

On Oct 22, StarMetro reported on the call by Pewaris for the Federal Government to raise funds via bond issuance for the purpose of redeveloping Kampung Baru, with Pewaris being placed in charge.

But Malay Agricultural Settlement honorary secretary Shamsuri Suradi questioned if Pewaris had any locus standi to undertake the project.“Pewaris is just a NGO with no track record or proven experience to undertake a development project of such a massive scale, ” he said.

On Oct 25 last year, Federal Territories Minister Khalid Abdul Samad announced the government’s final offer for Kampung Baru landowners of RM1,000 per sq ft.Out of this amount, RM150 will be in the form of shares in the special purpose vehicle that will be set up.

Landowners who opt to buy a completed unit in the redeveloped area will also get a 15% discount.

Sultan Abdullah: Redevelop city in line with interests of Malays 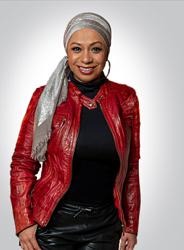