PUTRAJAYA: Malaysia will be donating 18 million pieces of medical gloves to China to assist in the fight against the novel coronavirus (2019-nCov) epidemic.

“I am pleased that the Malaysian Rubber Export Promotion Council and the rubber gloves manufacturers in Malaysia have pledged to donate 18 million pieces of medical gloves to Wuhan.

“The medical gloves, both natural rubber and nitrile, will be sent to China in batches with the first shipment already on its way to Wuhan, ” said Primary Industries Minister Teresa Kok at a press conference.

She said Malaysia sympathises with China’s plight in battling the 2019-nCov outbreak.

“Whilst Malaysians are concerned about the spread of the virus to our shores, we are equally sympathetic towards China, especially given that the two countries share deep cultural and business ties which have been built over the decades, ” said Kok. 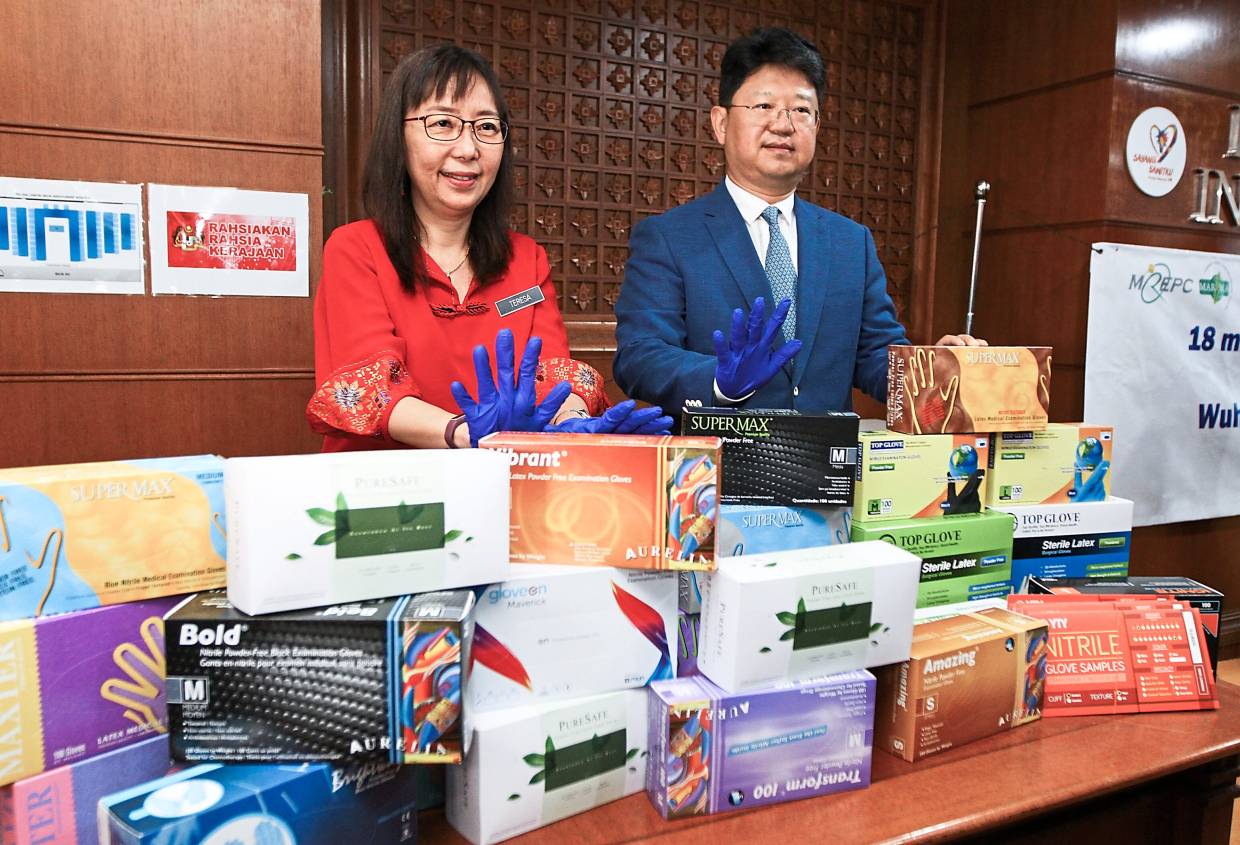 Present at the event to receive the donation pledges was China’s Ambassador to Malaysia Bai Tian.

“Our hearts are with the victims of this epidemic and also with China in managing this crisis. This is our small way of contributing. One is through donation and another is through adequate supply (of gloves), ” he said.

On Wednesday, Prime Minister Tun Dr Mahathir Mohamad announced that Malaysia would be helping China by donating food, gloves and face masks, which are currently in demand in Wuhan.

Wuhan, which is in the province of Hubei, is the epicentre of the novel coronavirus and its people are currently under a travel lockdown imposed by the Chinese government.

Speaking at the ceremony, Bai Tian said they believed that the donation would greatly contribute to the fight against the coronavirus in China.

“This assistance demonstrates the great friendship that Malaysia and China has. The Chinese government has full confidence to emerge triumphant in this crisis, but in the meantime, the world needs to join hands in this battle and together we will overcome this, ” he said.