Back in business: Most Chinese retailers and restaurants are set to open their doors today, after taking four days off from Friday.

PETALING JAYA: It’s a two week-long festive period, but customers will thankfully not have to wait that long for their favourite shops to re-open.

Most Chinese retailers and restaurants are set to open their doors today, after taking four days off from Friday.

“Most Chinese retail owners will take this opportunity to re-open their stores for a successful start of the Year of the Metal Rat, ” he said.

For retailers in shopping malls, most of their shops will already be open by now.

Chua said as tourist destinations, shops in major shopping malls such as Pavillion and KLCC have to remain open every day.

“For smaller malls like Subang Parade, retailers are offered some kind of flexibility to close temporarily for the Chinese New Year celebration but most of the shops will be open by today, ” he said.

He, however, noted that large gatherings on Chinese New Year eve have kept most big restaurants in operation during the festive period.

“As family members return home from outstation or overseas for gatherings, these restaurants are usually packed to the brim and have double bookings on the eve of Chinese New Year, ” he said.

Chua said these eateries may close for a day or two to take a break from the hectic festivities. 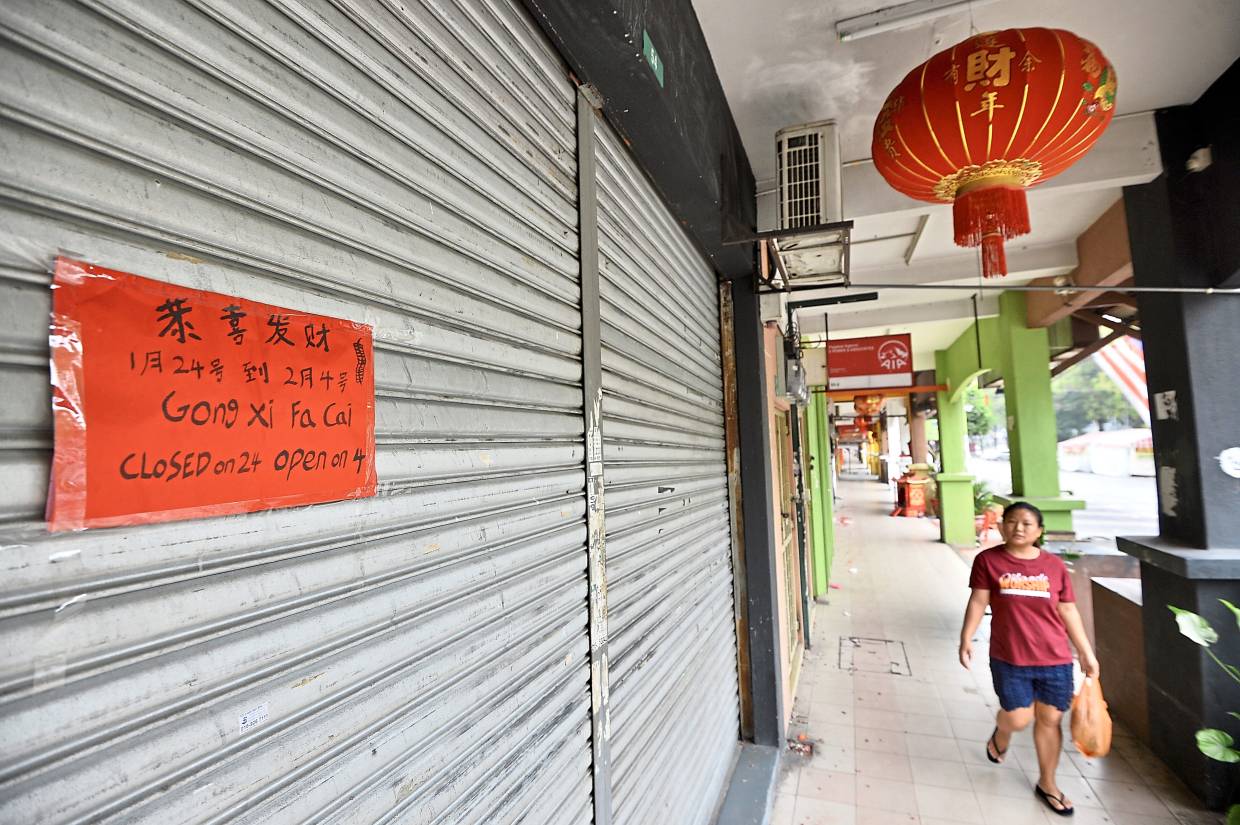 Malaysia Singapore Coffeeshop Proprietors’ General Association president Datuk Ho Su Mong agreed that although restaurants in big cities and in Singapore may close down on the first day of the New Year, the annual tradition of Malaysian families dining out has driven eateries to provide services on the first to the third day of the Chinese New Year.

“In most towns, restaurants or eateries remain open, especially on the eve and first day of Chinese New Year.

“Some families do not prepare food as they like to relax and enjoy eating out with their families during this festive season.

“Most restaurants will also treat their loyal customers with special offers such as free drinks or free food, ” he said.

Fresh meat and grocery store owner Chuah Cheng Loon said he will kick-start his business in the New Year today after closing his shop for four days.

“We’ve informed our regular customers that we will be closed for four days as my family and I returned to our hometown in Pantai Remis, Perak to celebrate the New Year, ” he said.

“Our customers range from restaurant to canteen owners, and we reminded them to stock up before the store closed on Friday last week.”

Chuah said he will be happy to welcome back his customers today, with hopes of a prosperous year ahead for his business.

Meanwhile, pan mee restaurant owner Ivan Ng plans to take a longer break this year and will open his shop on Wednesday.

“We’ll be opening the shop on Jan 29, probably a bit later than other shops as I believe many people are also still on leave.

“For last year’s Chinese New Year holiday, we only took a two-day break, so I decided that this year my staff, family and I deserve a longer break as we do not close very often, ” he said.

Ng, who has been operating his restaurant in Puchong for the last 10 years, only takes one day off every week and the only exception is during Chinese New Year.

“We only close on Tuesdays and Chinese New Year is the only time that we get to stay home and spend more time with our families, ” he said.