PETALING JAYA: Travel and tourism industry players are backing the government’s decision to restrict Chinese travellers from Wuhan and cities in the Hubei province, although they expect their income to be hit hard.

“Human lives are more important than tourism receipts. The ban would also instil public confidence for tourists to visit Malaysia as a safe destination, ” he said when contacted.

Yesterday, the government suspended all immigration facilities, including all visas, to Chinese citizens from Wuhan and other cities in nearby Hubei province with immediate effect.

The decision was made to contain the spread of the novel coronavirus 2019 (2019-nCoV), the Prime Minister’s Office (PMO) said in a statement.

“The Malaysian government has followed World Health Organisation (WHO) procedures and got the advice of experts to face and handle the spread of this virus.

“With the latest information, the government has decided to suspend temporarily all immigration facilities which are eNTRY (facility without visa), Visa On Arrival (VOA), e-visa, and manual visas to all China nationals from Wuhan and the surrounding Hubei province.

“The immigration facilities will be reinstated when the situation returns to normal, ” the PMO said.

Immigration Director-General Datuk Khairul Dzaimee said that this suspension means all China nationals from Hubei will not be able to enter Malaysia.

“They cannot come into Malaysia as there will not be any immigration facilities for them here, ” said Khairul when contacted.

On China’s temporary travel tour ban, MATTA’s Tan said that the coronavirus outbreak could cripple inbound and outbound tourism between Malaysia and China.

He said many agents have received cancellations and hope that this would be a short-term situation and contained immediately. 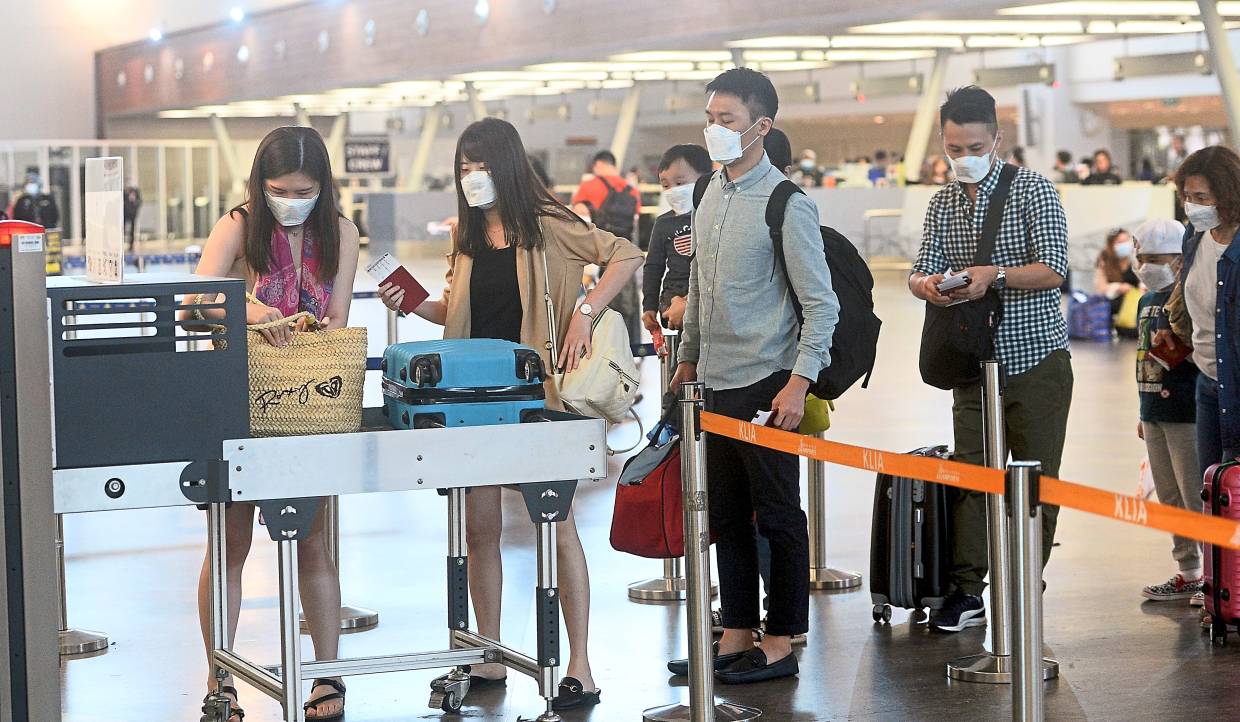 Precautionary measure: Passengers wearing mask as they scan their luggage at the departure terminal in KLIA 2, Sepang.

“Malaysian holiday makers are also cautious about travelling to China and over the temporary suspension of flights between Kota Kinabalu and Wuhan, ” he said.

Tan called on hotels, airline and tour operators, and other service providers to be flexible with their cancellation policies.

“We support it because it is only from those areas – the rest is fine, ” he said.

However, he expressed concern that an estimated 80% of tours were already cancelled between Jan 25 and 29, and said this would impact some 2,000 Mita members.

Uzaidi said he had met with the Tourism, Arts and Culture Ministry to appeal to it to come up with a guideline for hotels to give refunds to those who had made bookings between Jan 25 and 29.

“Our members depend a lot on the China market and we are worried about the long-term impact of the ban, ” he said.

China has ordered all travel agencies to suspend the sales of domestic and international tours as part of an effort to contain the spread of the virus, which has killed more than 80 people and affected thousands worldwide.

“The Chinese tourism industry is taking a hit from the coronavirus outbreak, but in order to avoid further spread, Chinese travel agencies are actively responding by suspending domestic and foreign group travel including packages of ‘flight and hotel’ products, and assisting with cancellations or deferred travel for tourists.

“Chinese airlines, hotels, scenic spots, railways, restaurants and other industries have also introduced relevant measures including refunding or exempting related fees due to reservation changes, cancellations and extensions, as an effort to reduce tourist losses, ” said the ministry.

Meanwhile, on the travel restrictions on Chinese citizens from Wuhan and Hubei, the PMO said that Wisma Putra will coordinate with the Chinese government.

In a statement on Facebook, Foreign Minister Datuk Saifuddin Abdullah said he has been in contact with Malaysian embassy officials in Beijing as well as Consulate-General Offices in various cities in China to assist Malaysians there.

He added that an emergency response team has been on call on a 24-hour basis.