To a prosperous year: Dr Wee (centre) tossing yee sang with Mohamad Hasan (on his right), Saravanan (sixth from right) and other party leaders at the MCA Chinese New Year open house at Wisma MCA.

KUALA LUMPUR: The MCA’s Chinese Lunar New Year open house celebration to usher in the Year of the Rat was a casual yet significant gathering which symbolised strong bonds between the nation’s various races.

Unlike previous celebrations, this year’s gathering was held in a cocktail-style manner with guests, community and party leaders spotted freely mingling, chatting and posing for photographs.

It was also the first time PAS sent a representative – secretary-general Datuk Takiyuddin Hassan – to attend the event as a show of unity among opposition lawmakers.

“This is not the first Chinese New Year Open House invitation extended to PAS as we did so last year, ” MCA president Datuk Seri Dr Wee Ka Siong told reporters at the event on Saturday.

He said MCA has held its open house celebrations for the past 62 years and had invited Malaysians of all races and walks of life to celebrate the event as a showcase of unity.

“Such gatherings allow neighbours and friends to meet and foster closer friendship, ” he said.

“It shows the unity between Umno, MCA and our new friend PAS.

“We are not only together during the Chinese New Year but even before this, we also had many activities together, ” he said.

Takiyuddin said he hoped to see Malaysians of all races working together to improve the country.

MIC deputy president Datuk Seri M. Saravanan said he hoped the new year would be better for Malaysians and the nation’s economy.

Earlier, the leaders tossed yee sang to symbolise unity and togetherness for the nation in the coming year.

Guests were treated to a lion dance performance and tents were also set up outside for the people to play traditional games.

At the banquet, guests were also feted to live dance and singing performances by local artists in various languages including Hindi. 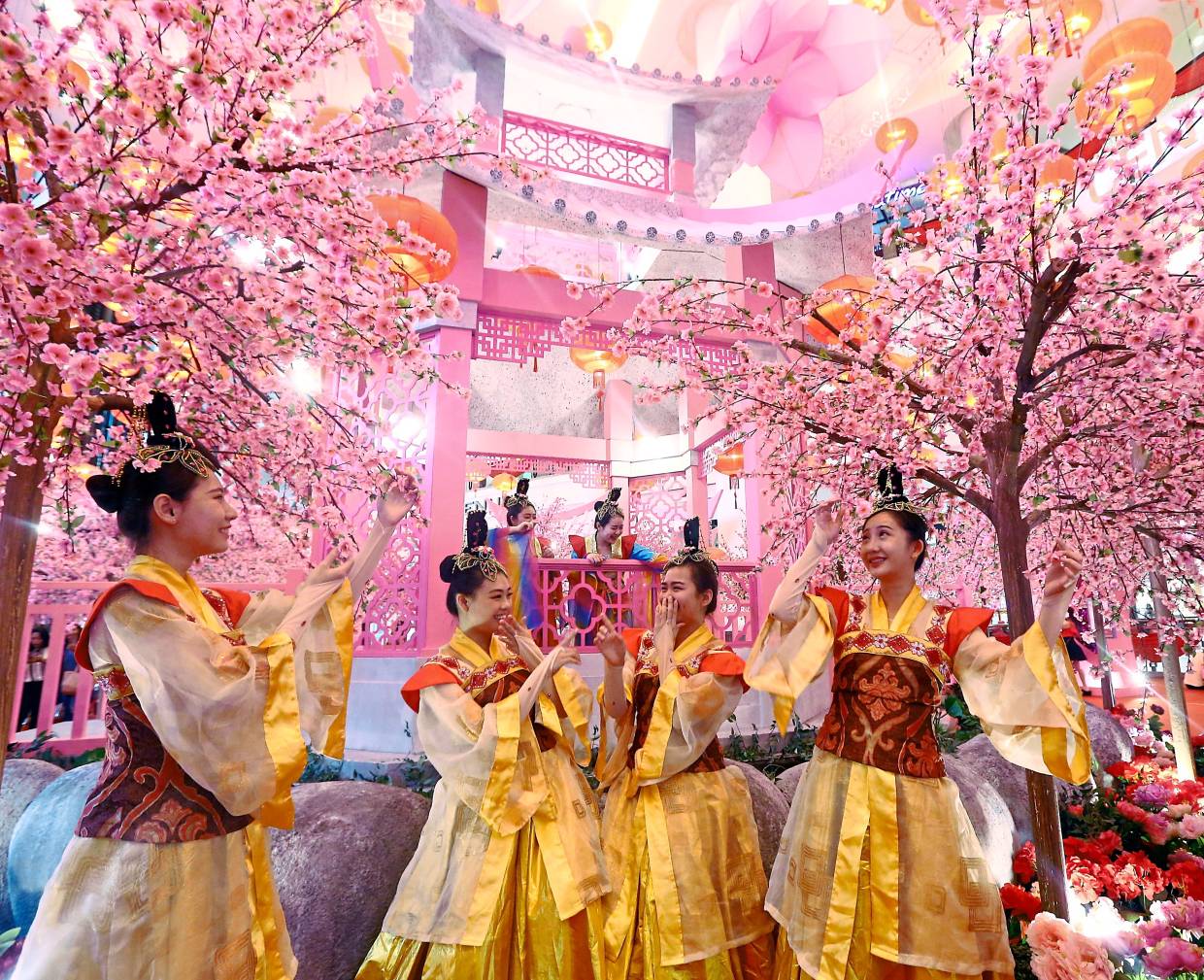 To a prosperous year: Dr Wee (centre) tossing yee sang with Mohamad Hasan (on his right), Saravanan (sixth from right) and other party leaders at the MCA Chinese New Year open house at Wisma MCA.