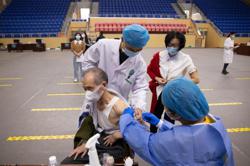 The Health Minister said all three, China nationals from Wuhan, are family members of the 66-year-old Chinese patient confirmed in Singapore recently.

“While they did not show symptoms, lab results from swab tests confirmed that they indeed have the virus. We have placed them under observation and isolation at the Sungai Buloh Hospital and all three patients are in stable condition.

“The victims are the 65-year-old wife of the patient in Singapore, and their two grandchildren aged two and 11 years old, ” Dr Dzulkefly said at a special press conference in Putrajaya Saturday (Jan 25).

The patients were known to had been part of a group of 10 that had travelled to Singapore from Guangzhou on Jan 20.

While in Singapore, a 66-year-old man and his son were confirmed to have the virus while the rest showed no signs.

Following information given by their Singaporean counterparts, the Health Ministry tracked down the remaining eight in Johor when they arrived on Jan 23.

“We isolated them immediately. Four members of the group that tested negative flew back to China. The remaining healthy traveler, the 35-year-old mother of the two child patients, is currently taking care of her children at the Sungai Buloh Hospital. Protective equipment has been given to her, ” he said.

Health care workers treating the patients are also being monitored as a precautionary measure.

“We located the patients after receiving information from our Singaporean counterparts so we thank them for that. We will continue to monitor and observe the situation.

“We will intensify our level of preparedness and are on high alert, ” Dr Dzulkefly said.

He added that discussions with the Home Ministry would be held on a potential travel ban to Wuhan.

The minister also said that budgetary constraints would not be a factor in combating this issue.

“The Finance Minister gave his personal commitment and said that I can immediately contact him if needed. We will not compromise on this, ” he said.

Health director-general Datuk Dr Noor Hisham Abdullah, who was also present at the press conference, said that to date there have been 11 suspected cases of the virus in Malaysia.

“Ten have been confirmed as negative with one more pending. The patient, a Malaysian with travel history to China, is currently being treated at the Kuala Lumpur Hospital, ” he said.

With Wuhan virus genetic code in hand, scientists begin work on a vaccine 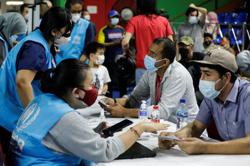 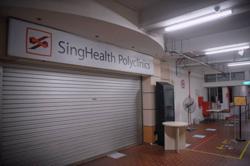