ARAU (Bernama): A man has come to the aid of poor families living around Kampung Sungai Padang here by opening a stall offering meals that cost only RM1.

The stall has a beautiful view of the paddy fields. 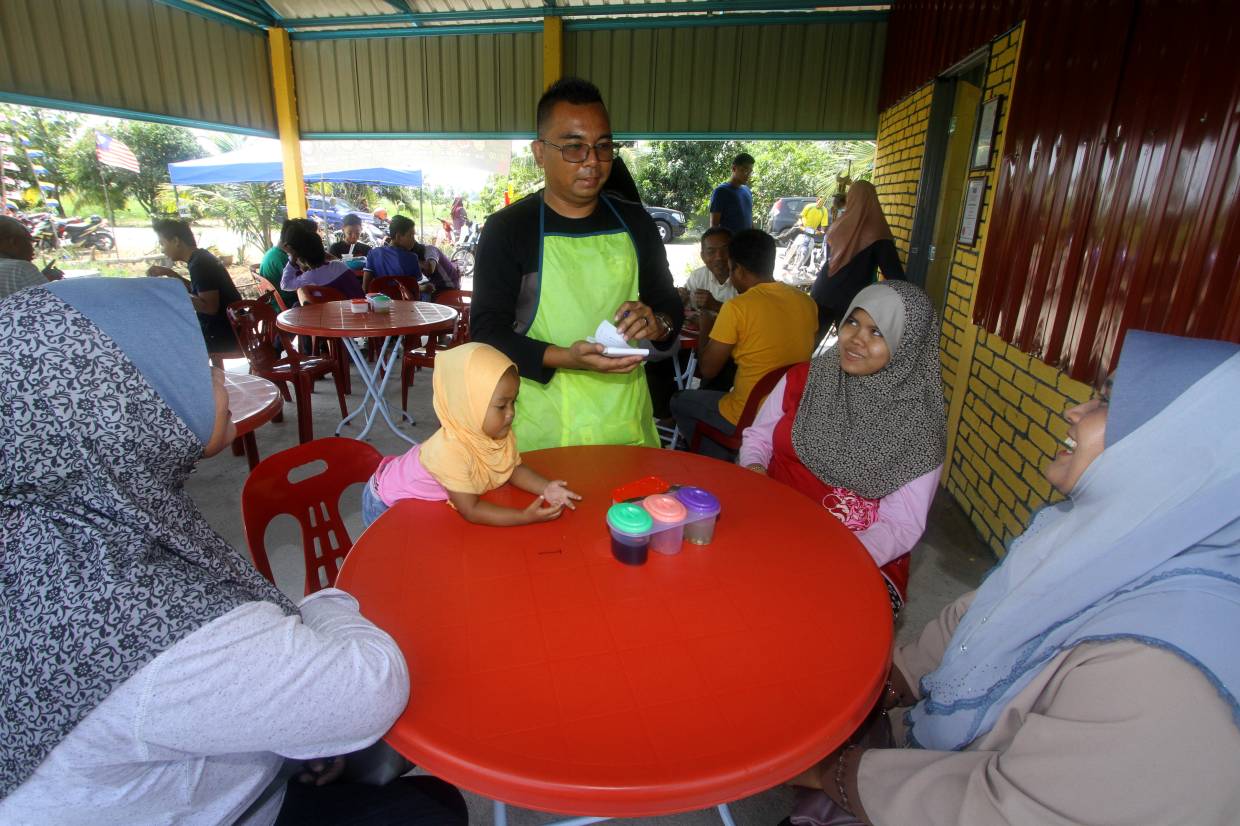 "Parents with perhaps only two children can afford to eat at a restaurant but those with large families cannot afford it, ” he told Bernama when met here recently.

His food is well-received, especially his laksa utara, and since his stall went viral on social sites, there has been no end to customers frequenting his eatery.

People are even willing to come all the way from Perak to Perlis solely for a taste of his laksa utara. 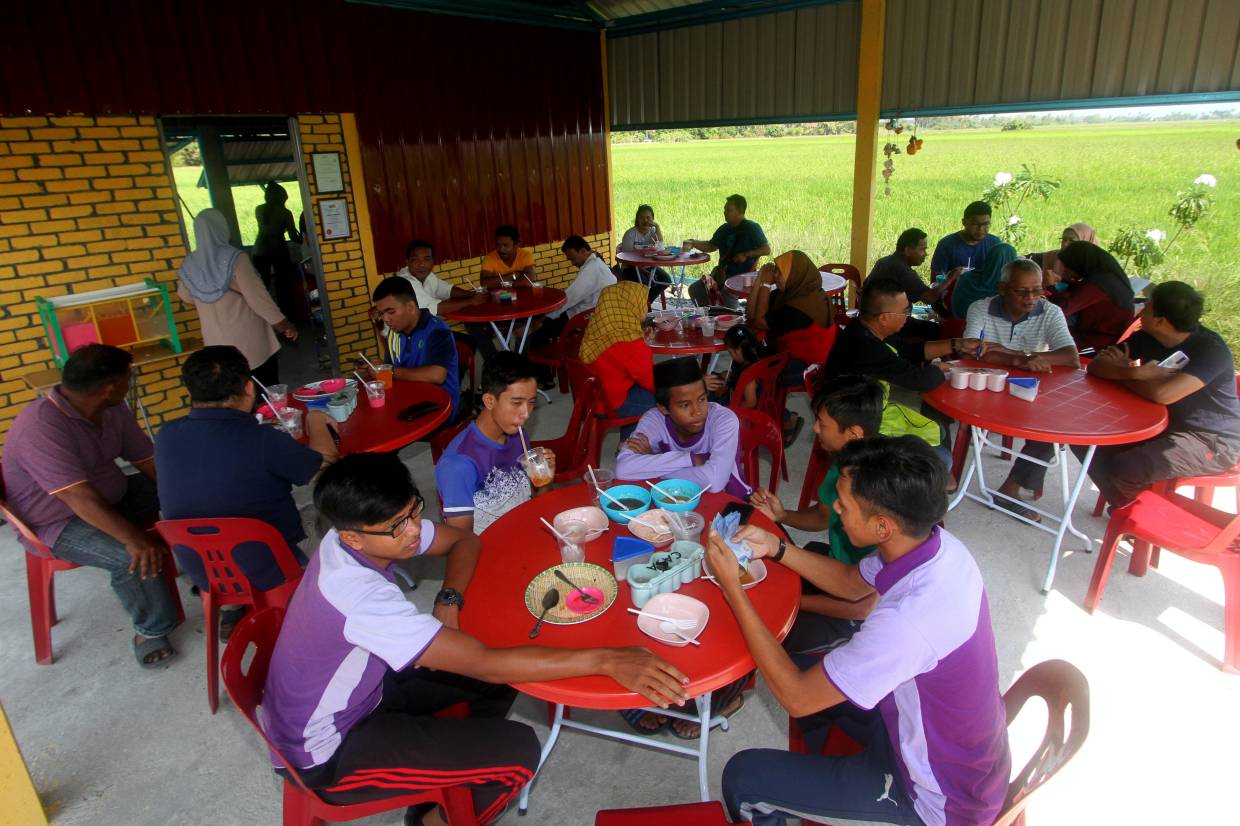 "Praise be to Allah, the response is incredible. In less than three hours, all the food is sold out. I start at 11am and close by about 1.30pm, ” Zulkifli said.

Each day, assisted by three workers, he cooks 8kg of glutinous rice (pulut), 20kg of rice, 20 packets of laksa and 20 chickens.

Zulkifli is not worried about the cost of raw ingredients as his stall is still making a profit because he cooks the food himself and the visitors are not just having one meal but are repeatedly ordering. 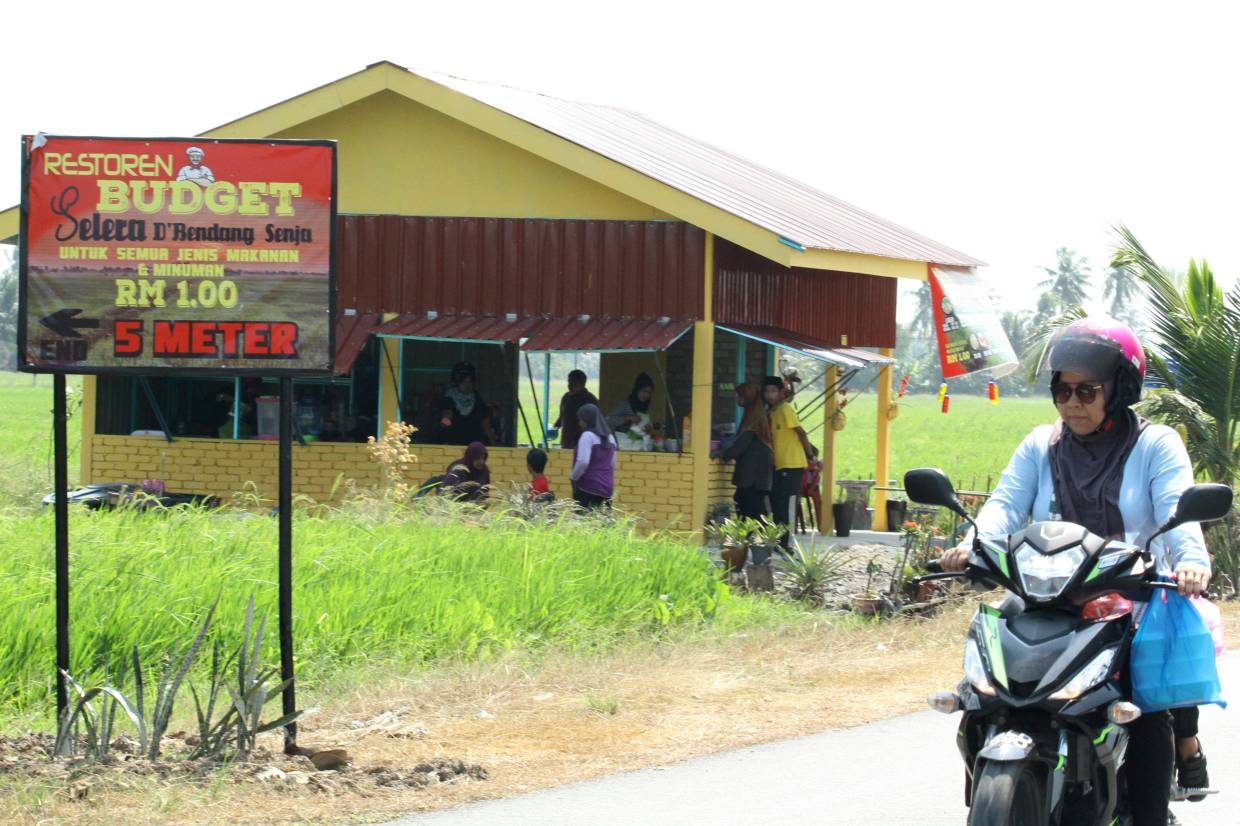 Meanwhile, a Form Five student, Zaidi Putra Zakariah, 17, said he was willing to save the pocket money given by his mother for school just to eat here.

He said although the price was RM1 per meal, he was satisfied with the food

It was her first time having a meal there, but she said it was worth it and she was fascinated by the magnificent view of the paddy fields. – Bernama