Legal bump at the starting line

PETALING JAYA: As the Industrial Relations (IR) Department ponders over a grievance filed by an e-hailing driver, the first such case brought to its attention, labour law experts are doubtful if it will be referred to court due to the independent nature of the job.

This is because a complainant must be engaged under a contract of employment for his or her case to be referred to the IR court.

According to the Malaysia E-Hailing Drivers Association (MeHDA), Grab Malaysia has stated clearly in its terms of service that drivers were not its employees, agents or staff, hence the quandary of the complainant concerned.

He said the case would likely get thrown out as there was no existence of an employee-employer relationship, adding that while one could drive for Grab, the person could also work for other e-hailing operators like MyCar and EzCab. 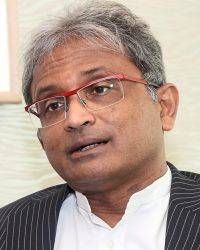 Labour law expert Datuk Thavalingam Thavarajah said as workers had a specific definition under the Industrial Relations Act 1967, the department would scrutinise the terms of the contract and nature of the complainant’s work.

“Independent contractors are excluded from this. The documentation to establish this definition is the contract itself and the various statutory submissions such as EPF and Socso contributions,” he said in an interview.

Liew, who specialises in commercial, construction and employment dispute resolution, concurred, saying there were criteria to determine if a person was indeed an employee.“Unlike in the civil courts, a person cannot just walk into the Industrial Court and file a claim.

“It involves first going through some processes under the Act, including the first and most important stage of determining whether the complainant is a workman or not,” he said.

On Jan 3, a single mother known only as Loh, lodged a complaint with the IR department against Grab for removing her from its platform, allegedly without valid reasons, on Nov 5.

Her complaint was filed under Section 20 of the Act, which provides that an employee who feels that he or she has been dismissed without just cause or excuse by his employer, may lodge a representation to the IR director-general within 60 days from the date of termination.

On Jan 6, the department issued a notice to Loh and Grab calling for a conciliation on Jan 21.

Pointing out conciliation was not an adjudication in court, Thavalingam said the case was still at the department level with both parties being called to explain themselves.

“The department will look into their complaints and decide whether the case will be referred to the Human Resources Minister for referral to the IR court,” he said, adding that lawyers were not allowed during conciliation.

Thavalingam and Liew agreed that two possibilities could take place at the conciliation stage.

The IR officer can conclude that the complainant is not a workman and proceed to inform the minister that the case should not be referred to court, said Thavalingam, adding that the minister will then issue a letter to both parties to say so.

Liew said: “Alternatively, if the IR officer thinks that there is a dispute that cannot be resolved and there is merit in the case, then he will recommend the minister to refer the case to the court.”

He said the final decision on merit was with the court.

MeHDA president Daryl Chong said the association had explored various legal avenues, including the IR, to bring up e-hailing drivers’ plight since it was founded in January 2017.

“I remember I was asked before filing a complaint -- was I an employee of Grab? Drivers clearly do not maintain an employee-employer relationship with any e-hailing operator.

“That’s why we haven’t been able to bring up any complaint with IR. It’s not the place we can go to,” he said, adding that drivers should not have high hopes for the case to be referred even with the conciliation.

Chong said once a driver agreed to the terms of service, he or she was bound by the contract, including any dispute resolution method stated in it.

“If a driver disregards Grab’s arbitration clause and brings it up to court, Grab can apply for a stay of the case pending referral to arbitration, which can be a lengthy and costly process. Either way, the driver is at the losing end,” he added.
Article type: metered
User Type: anonymous web
User Status:
Campaign ID: 46
Cxense type: free
User access status: 3